Celebrate The End Of Summer With Monday’s Harvest Moon 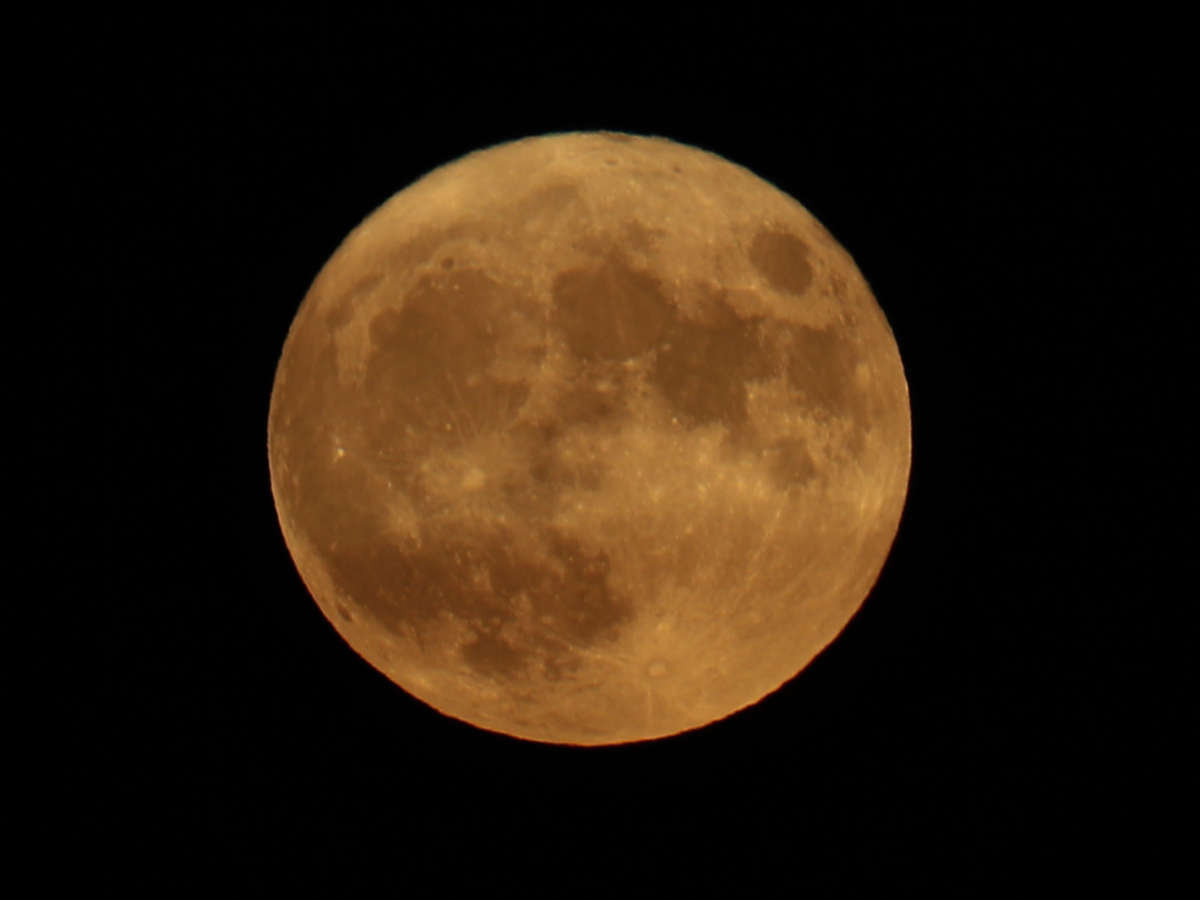 Last year's harvest moon took place on Oct. 1. The lunar event is designated as the full moon occurring nearest to the autumnal equinox every year.

For those in the Northern Hemisphere, summer will come to an end next Wednesday. Slowly but surely since the middle of June, days have been getting shorter. With the arrival of the autumn equinox comes cooler weather and a change of color amongst the trees. And Monday, two days before the official start of fall, the harvest moon.

For three days, moonrise will come shortly after sunset, but the harvest moon will reach its peak illumination at 7:54 p.m. ET Monday. Historically this lunar event provided farmers a little extra light to harvest their crops. However, unlike the equinoxes, which take place at the same time each year, the harvest moon is the full moon closest to the autumnal equinox. Which means it can fall in September or October, according to The Old Farmer’s Almanac.

But that’s not all that changes with the last full moon of the summer. You may recall glancing up at the night sky and noticed the moon varies in size from time to time. That’s because the its orbit around the Earth isn’t a perfect circle, NASA explains.

Sometimes the harvest moon appears to be enormous, such as in 2015, when it was the year’s closest and biggest super moon. The moon appears so much larger during super moon events because it’s closer to Earth, known as the perigee. At its closest point the moon is about 226,000 miles from Earth. But sometimes the harvest moon occurs when the moon is furthest from Earth in orbit, the apogee, at 253,000 miles away.

If spectators catch the moon rising at just the right time, it will appear orange in color. But this theatrical touch isn’t specific to the harvest moon. The moon varies in color depending on a handful of factors, including where the viewer is standing. When Earth’s satellite is closest to the horizon it takes on a red or yellow color, NASA says. But as it continues to rise it will gradually take on its traditional pale, white color.

East Asian culture celebrates the August Moon Festival, which doesn’t always coincide with the rising of the harvest moon itself. According to the Boston Public Library, the festival can be traced back to 771 B.C. and was celebrated by harvesting rice and wheat on the night of the full moon. Similar to Thanksgiving in the United States, the August moon is celebrated by the gathering of friends and families, but instead of turkey, people eat mooncakes, a sweet and savory dessert.