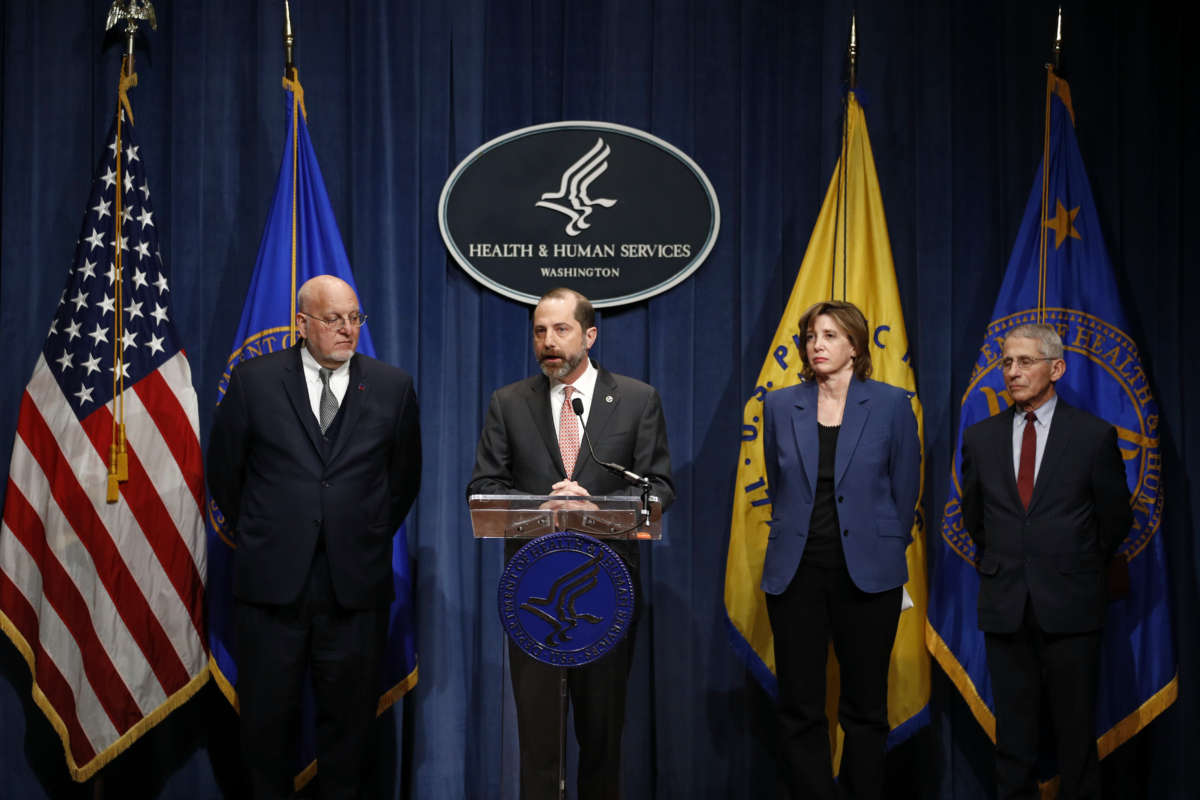 Dr. Nancy Messonnier, the top respiratory disease official at the Centers for Disease Control and Prevention who was among the first to warn the American public about how much the pandemic would change everyday life, is stepping down from the agency.

She made the announcement in an email to staff Friday, as first reported by The Washington Post and confirmed by NPR. Her last day will be May 14.

“My family and I have determined that now is the best time for me to transition to a new phase of my career,” she wrote.

Messonnier had worked for the CDC for more than 25 years, ascending to her role as director of the National Center for Immunization and Respiratory Diseases in 2016. Since late 2019, she had headed the agency’s COVID-19 task force, but she was recently reassigned from that post.

“Dr. Messonnier has been a true hero, and through her career in terms of public health she’s been a steward of public health for the nation. Over this pandemic and through her many-decade career, she’s made significant contributions, and she leaves behind a strong force of leadership and courage in all that she’s done,” CDC chief Dr. Rochelle Walensky said at a Friday briefing of the White House COVID-19 Response Team, declining to comment further.

Messonnier rose to public prominence for her warnings about the coronavirus in early 2020.

At a White House press briefing in late February, when the country had barely more than a dozen reported cases of the virus, Messonnier warned that community spread would be likely and that “disruption to everyday life might be severe.”

At the time, her words about the pandemic were among the strongest yet from the Trump administration, which was still publicly downplaying the severity of the situation. Stocks tumbled. The Wall Street Journal later reported that then-President Donald Trump threatened to fire Messonnier shortly afterward.

The next day, Trump announced he was putting the vice president in charge of the government’s response and famously predicted that what were then 15 reported cases “within a couple of days is going to be down to close to zero.”

Messonnier did not appear at any further White House briefings, though she continued to make other public appearances, including briefings at the CDC and an interview with NPR.

In her resignation announcement, Messonnier said she will become the executive director for pandemic and public health systems at the Skoll Foundation, a private organization founded by Jeff Skoll, the first president of eBay. The Skoll Foundation is an NPR sponsor.