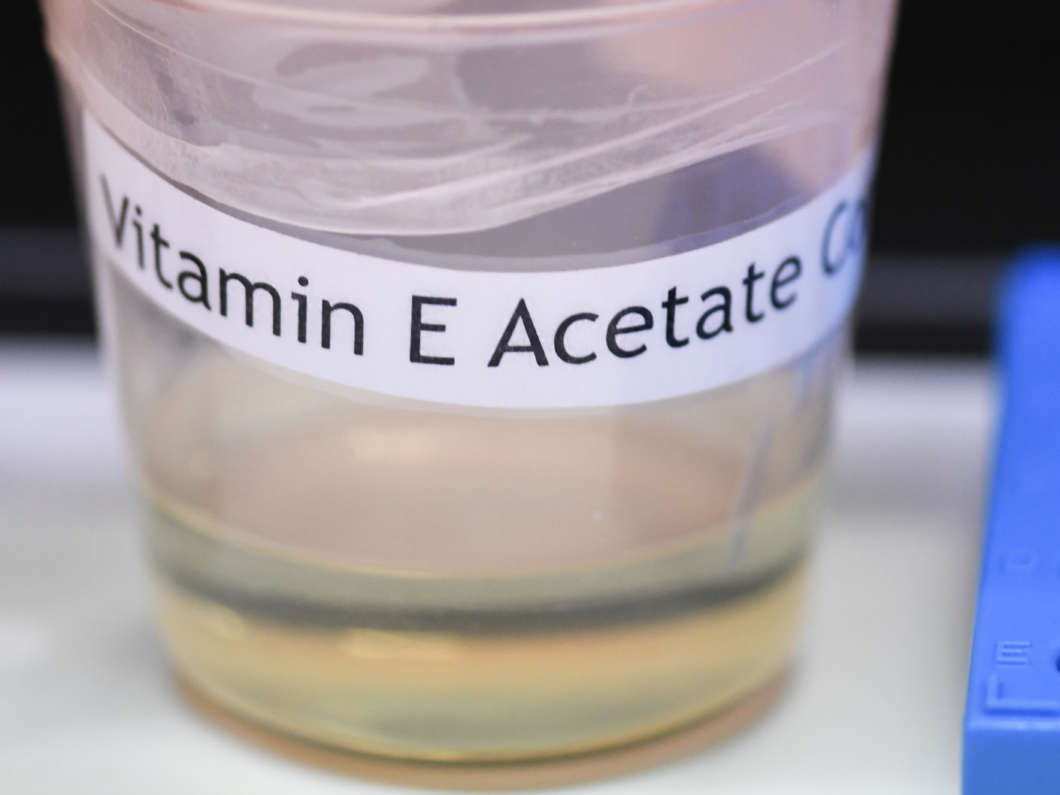 The Centers for Disease Control and Prevention in Atlanta said Friday that fluid extracted from the lungs of 29 injured patients who vaped all contained the chemical compound vitamin E acetate.
Image credit: Hans Pennink

Officials at the Centers for Disease Control and Prevention say there has been a breakthrough in the investigation into the outbreak of vaping-related lung injuries that has led to the deaths of 39 people and sickened more than 2,000 others.

Investigators announced Friday that they have detected a chemical compound called vitamin E acetate in all the samples of lung fluid collected from 29 patients who were hospitalized after vaping, suggesting a possible culprit for the spate of lung injuries that has swept across the U.S.

Hundreds of patients whose lungs were injured have acknowledged vaping THC – the main psychoactive component of marijuana – and previous tests have detected vitamin E in samples of THC vape products.

Since the outbreak started in March, scientists have struggled to find a shared cause. The lung injuries have been most commonly linked to products containing THC, but some patients became ill after they reported vaping only nicotine.

The latest investigation means that for the first time, Schuchat says, “we have detected a potential toxin of concern. … These findings provide direct evidence of vitamin E acetate at the primary site of injury within the lungs.” THC was found in 23 of the lung fluid samples, which came from 10 states, that were tested by the CDC.

Vitamin E acetate is found in lots of foods and is used in supplements and skin creams. It’s generally safe to swallow or use topically, but it could be dangerous when inhaled. “When Vitamin E acetate is inhaled, it may interfere with normal lung function,” Schuchat says.

The outbreak of lung injury has swept 49 states since March. According to the CDC, 2,051 people have been sickened by the condition dubbed “e-cigarette, or vaping, product use associated lung injury,” or EVALI.

The CDC says it also tested for a range of other chemicals that might be involved, such as plant oils or mineral oils. But none of them were found in the lung fluid samples.

Jim Pirkle, the doctor overseeing the CDC labs that are testing lung fluid from patients who suffered lung injuries, recently told NPR’s Richard Harris that it was a “Sherlock Holmes kind of investigation.”

While the findings released Friday are seen as a significant development, the CDC warns that there could be additional factors at play. “While it appears that vitamin E acetate is associated with EVALI, evidence is not yet sufficient to rule out contribution of other chemicals of concern with EVALI,” it says in the statement.

The CDC has issued numerous warnings since the outbreak began, including advising people not to vape any products that contain THC. It also recommends not buying vaping products off the street and not making any modifications to a vaping device unless the manufacturer intends for it to be changed.

So far, it seems there’s a much greater risk associated with THC vaping products obtained online or from informal sources. But Schuchat also says it’s too soon to say if it’s safe to use products even from licensed dispensaries. “I don’t think we know enough yet to completely take the dispensaries out of the question.”