Caught in pandemic limbo? Here’s how to rebound from life’s interruptions 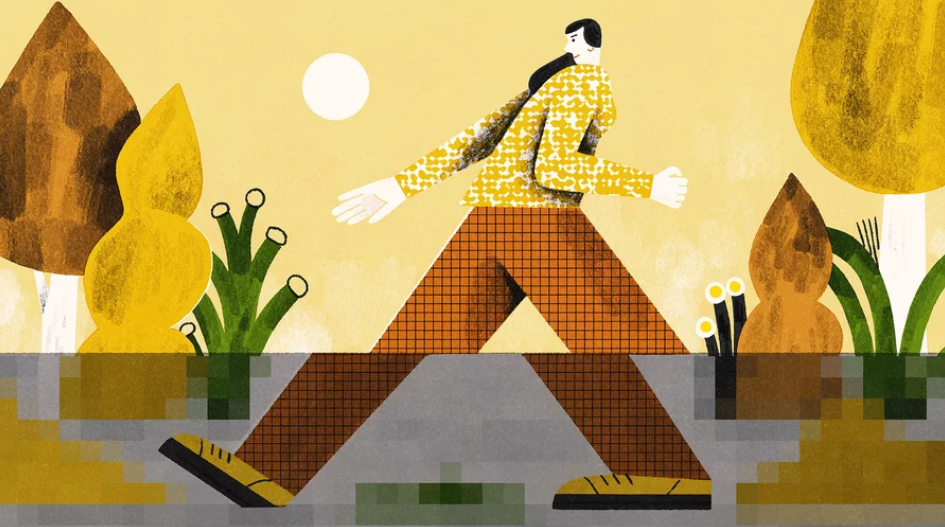 These days, a lot of people feel stuck in limbo. According to a recent poll from the American Psychological Association, nearly half of U.S. adults said the pandemic has made planning for their future feel impossible.

It makes sense. We can’t go back to the lives we had before the coronavirus pandemic, but what lies ahead is murky. Many of us feel frozen, caught in a holding pattern — in the liminal space between what was and what will be.

Suleika Jaouad is a journalist, author and the founder of The Isolation Journals community, and she’s all too familiar with the “in-between” space.

At 22, shortly after graduating college, she was diagnosed with leukemia. All of her big plans were put on indefinite hold.

“It was one of those moments that creates an irreparable fracture in your life. There’s the person and the life you had before and everything that comes after,” Jaouad writes of the moment of her diagnosis in her memoir Between Two Kingdoms: A Memoir Of A Life Interrupted.

Suleika Jaouad is a journalist, speaker and the author of Between Two Kingdoms: A Memoir Of A Life Interrupted. She is also the founder of The Isolation Journals. Left: Beowulf Sheehan; Right: Random House

She spent four years going through treatment, much of it in physical isolation because of her weakened immune system. She was told she had a 35% chance of long-term survival.

Today, as a cancer survivor and fellow human enduring the pandemic, she’s dedicated her career to covering those living through interruptions. She spoke with Life Kit about living in limbo, coping with isolation and the power of creative resilience.

How journaling can help you regain narrative control

During those four years of facing fear, uncertainty and loneliness, Jaouad developed tools to keep herself afloat, but they didn’t come instantly. “I really struggled to figure out how to stay grounded and anchored within that fear and that sense of all-consuming uncertainty,” she says.

“I couldn’t work a 9 to 5 job at a time when most of my friends were starting their careers for the first time. I couldn’t do any of my old hobbies. I couldn’t even leave my hospital room.”

What saved her: a 100-day project, which she took on alongside friends and family. They each chose a creative activity to do every day for 100 days. Jaouad’s mom, an artist, painted a ceramic tile each day, assembling them as a shield over her daughter’s bed.

Jaouad decided to return to something she’s done since she was a kid: journaling.

It worked. “Journaling became the place that I was able to find a sense of narrative control at a time when I had to cede so much control to others. It became the place where I began to interrogate my predicament and to try to excavate some meaning from it.”

The difference between silver linings and “survival as a creative act”

“I write in the book that survival is really its own kind of creative act, and that’s what I realized, keeping that journal,” Jaouad says.

But survival as a creative act shouldn’t be confused with toxic positivity.

“I think in moments of tragedy, we have this knee-jerk reaction to want to fix what hurts, and what happens is we often end up reaching for platitudes like ‘everything happens for a reason,'” says Jaouad.

“These phrases come from a well-intentioned place. But I think what inadvertently happens, and what makes these kinds of platitudes and this kind of relentless positivity potentially harmful, is that it can make us feel like we’re suffering the wrong way.”

Survival as a creative act, on the other hand, “is not trying to plaster over the isolation or to rewrite your predicament into something positive for the happy ending or some kind of neat resolution,” she says. “It’s writing into the unknown. It’s writing toward the discomfort.”

On transforming isolation into creative solitude

During her treatment, Jaouad experienced isolation out of medical necessity before most of the world could comprehend the idea. When the pandemic struck in early 2020, she’d been in remission for over five years. Much of what happened next felt familiar to her, she says.

“Everything from the isolation to wearing a face mask to, you know, walking around with a gallon of hand sanitizer in your purse.”

But one thing was different: “I wasn’t experiencing it alone.”

She decided to share the 100-day project that had been such a lifeline for her, with a wider community, which is how her project, The Isolation Journals, was born.

“I reached out to friends and artists and community leaders and all kinds of different people asking them to contribute a short essay and a journaling prompt,” she says.

“The mission of The Isolation Journals was exactly what I had to learn how to do on my own in my early 20s while sick, which was figuring out how to convert that isolation into creative solitude … and maybe even community.”

By the end of the first month, she says there were over a hundred thousand people journaling together, alone. That project is still going strong today.

If you’re feeling listless but you don’t think of yourself as creative, don’t tune out. Jaouad is clear that she views this creativity lifeline as something that’s accessible to and useful for everyone.

“When I talk about creativity, it’s not just for people who consider themselves artists or writers,” she says. “It’s not even something you have to be any good at in order to benefit from it. But it’s really creating a kind of container for yourself where you have the space to reflect, to show up as your most unedited self, to write the things that you can’t say out loud and to write toward an end to that uncertainty.”

How “creative cross-training” can help you get unstuck

Trying something different — for example, experimenting with a new creative medium — might be uncomfortable, but it can also get you out of a rut. Jaouad calls this “creative cross-training.”

“So if you’re a poet, it might be helpful to take a class in creative nonfiction. If you’re a novelist, maybe take a ceramics class.”

Why? “We live in this culture that’s so steeped in a kind of anxiety of accomplishment,” she says. It makes it easy to take yourself too seriously and hard to risk failure.

“We don’t have a lot of opportunities in our lives to be a bad artist, to play and to experiment and to try new things. And I think there’s great value in consciously and intentionally seeking out those new activities that you might not be any good at — that you may never be any good at — but that you do because you want to try something new.”

How to move forward “post-interruption”

Jaouad has said that the hardest part of her experience was actually figuring out how to reenter the world once she was in remission.

“When our lives are upended either by an illness or a pandemic or some other kind of deep heartbreak or a sense of loss, when we when we try to hold to our own routines, when we try to apply the plans that we had before such an interruption, it’s a recipe for endless frustration,” she says.

Jaouad shares three steps that she says can help you move forward and start to begin again:

“One is reckoning with the impact of what we’ve all been through.

The second is allowing ourselves the space to reimagine what our lives are going to look like moving forward, because none of us can return to the person or to the lives we had pre-pandemic.

And the third is really identifying what we want to carry forward with us from this experience.”

“There are so many things about this pandemic that were so challenging and certain things that I wouldn’t have chosen but realized I appreciated,” says Jaouad. “I rearranged all of my priorities, and some of those changes are ones that I want to keep.”

A journaling prompt for those in a liminal space

“My favorite journaling prompt, it’s one that I do nearly every day, is from my dear friend, the author Hollye Jacobs. It’s a prompt called A Day in the Life of My Dreams:

Imagine yourself at some point in the future — maybe a year from now, maybe five, maybe 10 — living the life of your dreams. This is a normal day, not a holiday or a special day; rather, it is a typical and perfect everyday. What do you see? What do you feel? What do you hear? What do you taste? Who is there with you in your dream day? Describe the day in present tense, from the moment you wake up to the moment that you go to sleep. Creation begins with imagination.

“I love this so much, because I think what can happen when you’re living in the midst of so much uncertainty is that the future can feel scary — when your plans have vanished, when it feels difficult to look ahead,” says Jaouad. “And so I love the immediacy of this prompt. I love the idea of allowing yourself to daydream but also of writing it in the present tense.”

You can find more journaling prompts at The Isolation Journals.

The audio portion of this podcast was produced by Andee Tagle, with engineering support from Alex Drewenskus

We’d love to hear from you. If you have a good life hack, leave us a voicemail at 202-216-9823, or email us at LifeKit@npr.org. Your tip could appear in an upcoming episode.

If you love Life Kit and want more, subscribe to our newsletter.