Catch a partial lunar eclipse Friday morning, and maybe even a meteor or two 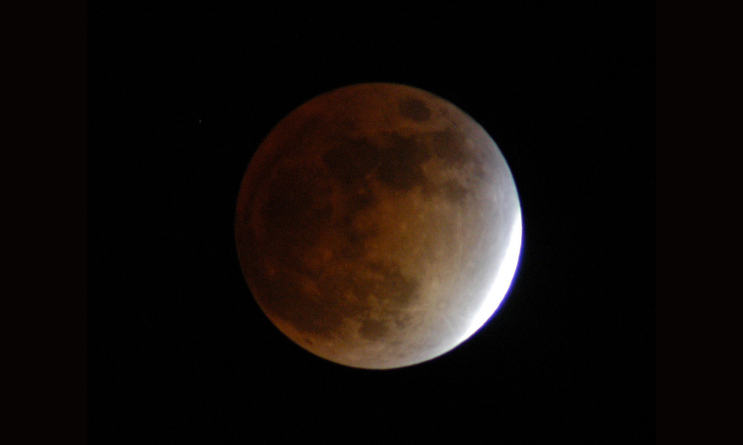 In this lunar eclipse viewed from Merritt Island, Fla., the full moon takes on a dark red color because it is being lighted slightly by sunlight passing through the Earth's atmosphere. Photo: NASA / KSC

Late nighters or early risers are in for a cosmic show starting just after midnight Friday thanks to a partial lunar eclipse.

The moon is set to slip into the Earth’s shadow starting shortly after midnight, a phenomenon known as a lunar eclipse. And it’s going to be the longest one of the century.

It’s not a total lunar eclipse. Only about 97 percent of the moon will be in Earth’s shadow

“What viewers are going to see is a fairly reddish moon, similar to what they would see with a totally eclipse except for a portion of the moon on the right side would still be fairly bright,” says Derek Demeter, Seminole State College planetarium director.

The peak of the eclipse will be around 4 a.m. with the moon in the south-western sky.

It won’t be the only cosmic phenomenon.

“The other thing that’s really neat about this eclipse is that it’s  happening on the tail end of what we call the Leonid meteor showers,” says Demeter. “There’s a chance that viewers not only will be treated to a lunar eclipse, but they’ll have the opportunity to maybe catch one or two meteors in the sky.”

It’s the last lunar eclipse of the year. Future eclipses will occur next year in May and November.

Astronomers at the University of Central Florida will have telescopes out around 3 a.m., weather permitting, at Memory Mall for people who want to view the eclipse up close.