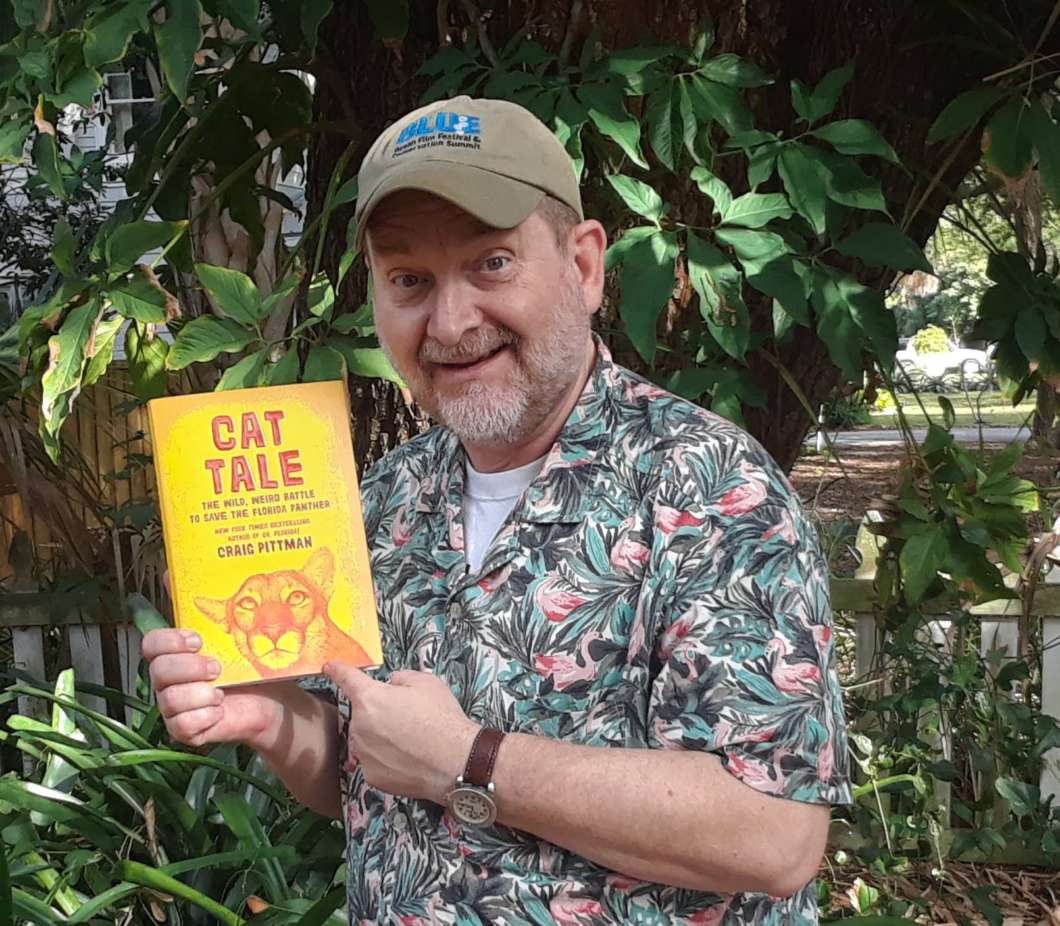 It’s our state animal, but only a few Floridians have ever caught a glimpse of the Florida Panther in the Wild.

In his new book, Cat Tale: The Wild, Weird Battle To Save The Florida Panther, Craig Pittman dives into the sometimes controversial history of the effort to save the elusive big cat.

Pittman is an environmental reporter for the Tampa Bay Times, which is where he first started writing about the panthers.

“There were maybe 30 panthers left in the wild, and they were considered to be circling the drain, headed towards extinction,” says Pittman.

“The state had finally, just in ’95, right before I got started, taken this very dramatic action of trying to bring the panthers back from the brink of extinction, this unprecedented experiment.”

Pittman says his early reporting for the Tampa Bay Times on the Florida panther planted the seed for the book.

“In just writing that first story, I saw this tremendous division of opinion about things, the fact that a lot of times the biologists were trying things that had never been tried before, and having it blow up in their faces. And the people involved were really interesting too.”

Panther numbers are now estimated to be around 200- 230, which Pittman says is cause for optimism, although he cautions there are still threats posed by new roads, urban encroachment and disease.

“They live on basically every continent except Antarctica, and they live in all kinds of habitats: deserts, mountains, swamps. So I think that’s one of the big things that’s enabled them to last as long as they have in Florida, but what we really need is for them to spread out into other parts of Florida, not just stay down there in the swamps.”

He says there’s tension between the need to preserve large areas of wilderness habitat for the panthers and the need to build more houses, offices and other development.

“So people are starting to see the connection between the two, and I think that will help to ease that conversation along.”