Carnivorous Plants Around The Globe Use Similar Deadly Tricks 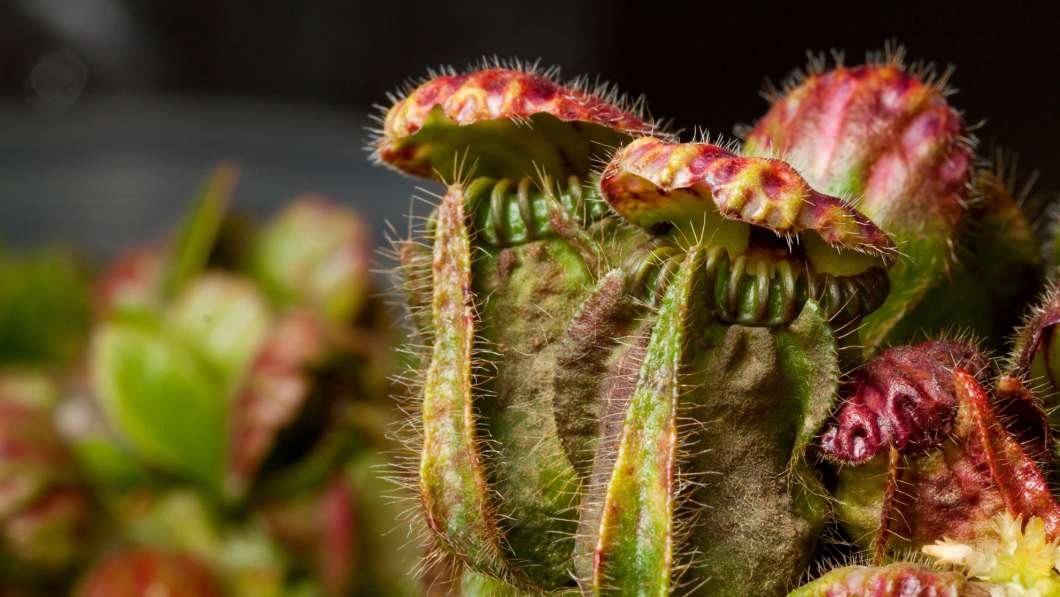 The Australian pitcher plant repurposed some of its genes in order to digest bugs.

Plants that feed on flesh have fascinated scientists going all the way back to Charles Darwin, and researchers now have new insight into how these meat-eaters evolved.

Even plants that evolved continents away from one another rely on strikingly similar tricks to digest their prey.

“The pathways to evolving a carnivorous plant, and in particular, to a pitcher plant, may be very restricted,” says Victor Albert, a biologist at the University at Buffalo.

In the journal Nature Ecology & Evolution, he and his colleagues say they’ve found genetic changes related to carnivory in Australian, Asian and American pitcher plants.

Unlike the famous Venus flytrap, which has jaws that snap shut, pitcher plants trap insects by luring them into a cup-shaped leaf with slippery sides.

Once bugs fall in, they don’t make it back out. Instead, they get stuck in a liquid that breaks down their exoskeleton and flesh, giving the plant the nutrients it needs to survive in a resource-poor environment.

Scientists have long wondered how meat-eating plants like these developed such an unusual lifestyle. “It’s kind of counterintuitive that a plant is actually using an animal for some of its food,” says Albert, who says he has been fascinated by carnivorous plants since he was a kid. “We usually think of animals, such as ourselves, as using plants.”

To explore genetic changes that might allow plants to catch and digest prey, Albert and his colleagues first focused on the Australian pitcher plant. This plant has two different types of leaves — plain old leaves that photosynthesize and specialized leaves that form into the bug-catching pitcher. The researchers sequenced the plant’s DNA and then looked to see which genes were turned on in each type of leaf.

The researchers also took samples of fluid from this plant’s traps to analyze the stew of digestive enzymes and other proteins, and compared it to fluid from the unrelated American and Asian pitcher plant species. They also looked at digestive juices in another carnivorous plant, a sundew, which has leaves with sticky little hairs that trap insects like flypaper.

What they found is that all of the plants seemed to rely on similar enzymes — despite the fact that these plants evolved independently.

“In a number of cases, the very same genes from noncarnivorous ancestors have been recruited for carnivorous purposes,” says Thomas Givnish, who studies plant evolution at the University of Wisconsin.

What’s more, the genes seemed to have been tweaked in similar ways — presumably because they’re all doing similar jobs to help the plants consume their prey. “So it’s a really unique study and the first of its kind,” Givnish says.

Some of these enzymes originally existed to help plants defend against stresses like fungal infections but got repurposed for eating bugs.

One example, Albert says, is called chitinase: “The chitinase that was originally probably evolved in defense from fungal chitin was repurposed, so to speak, to attack and break down the chitin of insect exoskeletons.”