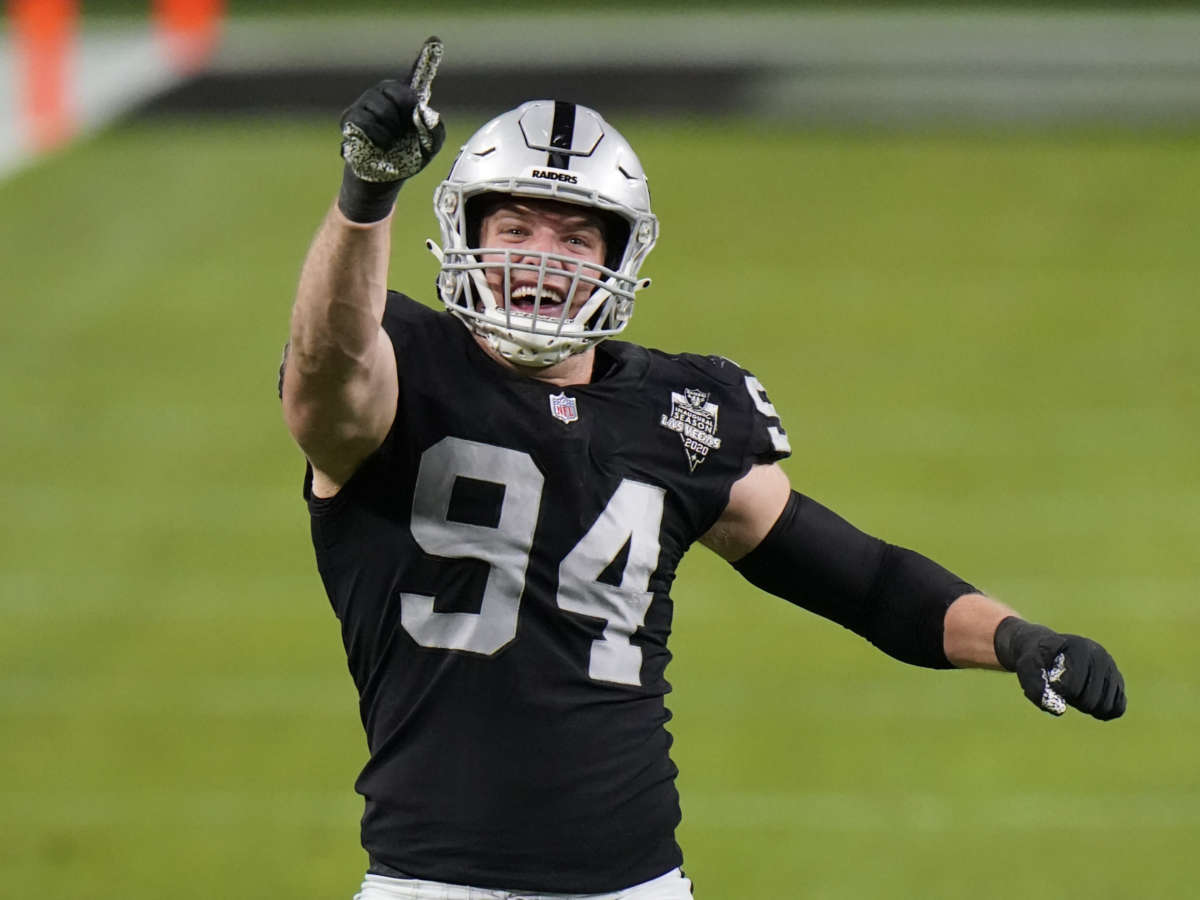 Raiders defensive end Carl Nassib said on Monday that he would not have been able to publicly come out as gay without the support of the NFL and his teammates.
Image credit: Jeff Bottari

Raiders defensive end Carl Nassib came out in a personal Instagram post on Monday, saying he has “agonized over this moment for the last 15 years.”

“I just want to take a quick moment to say that I’m gay,” Nassib said in an Instagram video he posted on his verified Instagram account. “I’ve been meaning to do this for a while now, but I finally feel comfortable enough to get it off my chest.”

The 28-year-old added: “I really have the best life. I’ve got the best family, friends and job a guy could ask for. I’m a pretty private person, so I hope you guys know I’m not doing this for attention, but I think representation matters.”

Nassib is by no means the first gay football player in the NFL, but he is the first openly gay active player in the league to play in the regular season. Michael Sam came out as gay following his successful college career and before the 2014 NFL draft, making him the first publicly gay player to be drafted in the NFL. However, Sam played only during the preseason. A handful of other players have come out after their professional careers had ended.

The Raiders and the NFL posted congratulations.

“I stand on the shoulders of giants, incredible people who paved the way for me to have this opportunity,” Nassib wrote in his post.

He also announced that he is donating $100,000 to the Trevor Project, a nonprofit organization that focuses on suicide prevention programs for LGBTQ youth.

“For someone like me, who’s been so lucky and cherished every day, it brings me incredible sadness to think that our LGBTQ youth are at such an elevated risk for suicide,” Nassib wrote.

He signed off, calling himself “a lanky walk-on who’s living his dream,” wishing everyone a happy Pride month.