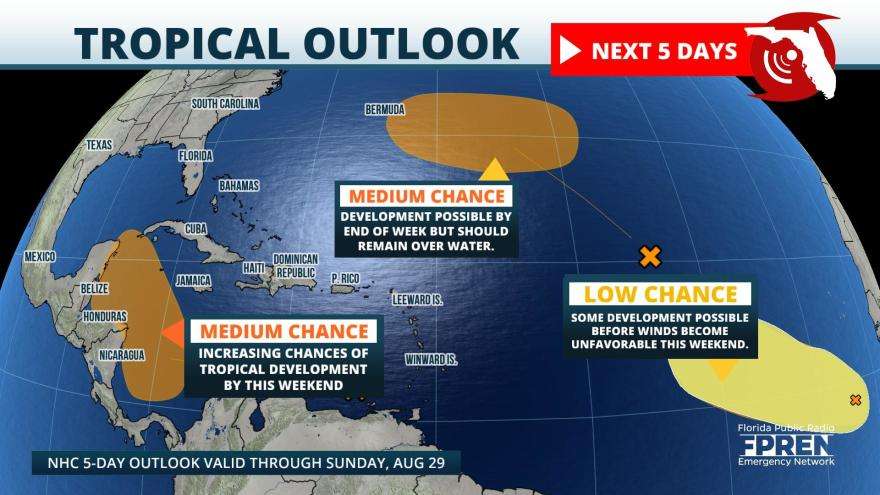 The tropics are likely to take a break most of this week after Tropical Storm Henri’s landfall in New England Sunday afternoon. That break is expected to be short-lived.

The National Hurricane Center is monitoring three areas for possible development. The area of greatest interest is a tropical wave in the southeast Caribbean, not far from the north coast of Venezuela. It is forecast to move west-northwestward toward the western Caribbean and several reliable global models are showing further development either by the end of the week or this upcoming weekend. The steering-layer winds would tend to push this system toward the coast of central America or the Yucatan Peninsula this weekend and into the western Gulf of Mexico early next week. Longer-range forecasts of tropical cyclones — generally more than 3 to 5 days in advance — often carry a lot of caveats since forecasters can’t always see or predict every factor that affect a tropical cyclone’s strength or path. However, the larger-scale pattern is presently favoring a ridge over the Southeastern U.S., which tends to keep Caribbean systems in the western Gulf.

There are two areas that could develop over the open tropical Atlantic: the first is about 900 miles east-northeast of the Leeward Islands. Its potential development area is well east of Bermuda over the next 5 days. The second is about 400 miles south-southwest of the Cabo Verde Islands, but it appears less likely to develop because of stronger wind shear that is expected by the weekend. Both systems are not expected to affect land areas through the weekend.