Captain Tom, 100-Year-Old Who Inspired Millions, Is Hospitalized With COVID-19 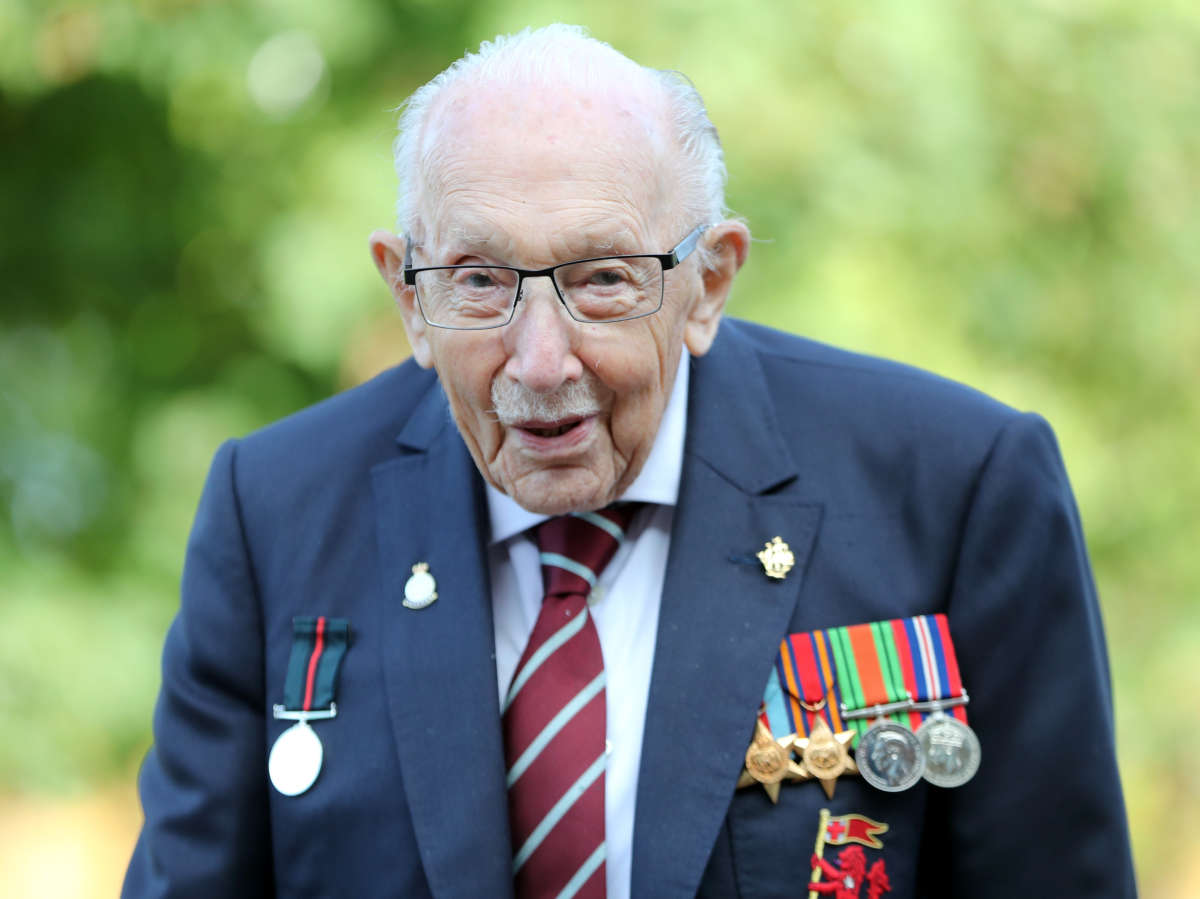 Capt. Tom Moore, the 100-year-old World War II veteran who has raised millions of dollars to support health workers in the fight against COVID-19, now has the coronavirus and is in the hospital, according to his daughter. Moore was awarded a knighthood last year, after he inspired people in the U.K. and around the world.

“Over the last few weeks he was being treated for pneumonia and last week tested positive for COVID-19,” Hannah Ingram-Moore said in a statement.

Moore had been staying at home as he underwent treatment, but he was admitted to Bedford Hospital on Sunday after having trouble breathing, she said.

“He is being treated in a ward” at the hospital, Ingram-Moore said, explaining that her father is not in an intensive care unit.

Moore was knighted by Queen Elizabeth II last summer, after his modest fundraising plan – to walk 100 laps in his garden for charity – became a sensation, offering a rare bit of heartwarming news during the global pandemic. Wearing a coat and tie and his military medals, he pushed his walker as he became a celebrity in the weeks leading up to his 100th birthday last April.

Many of his newfound fans cited Moore’s fortitude and optimism, and some organized walks of their own after seeing his success. Those supporters are now sending their best wishes to Moore and his family, hoping he can recover from the coronavirus that has killed more than 100,000 people in the U.K.

“You’ve inspired the whole nation, and I know we are all wishing you a full recovery,” U.K. Prime Minister Boris Johnson said.

Moore, who lives in Bedfordshire, around 50 miles northwest of London, traveled to Barbados during the Christmas holidays. At the time, he thanked British Airways and tourism officials for helping him scratch an item off his bucket list.

In addition to his fundraising walks, Moore also became a surprise top-selling singer last year, thanks to his recording of “You’ll Never Walk Alone,” performed with singer Michael Ball and an NHS Voices of Care choir. Like his walks, it raised money for NHS Charities Together.