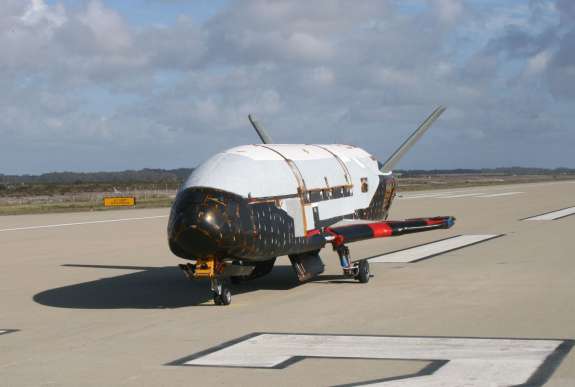 The X-37B Orbital Test Vehicle taxis on the flightline in June 2009 at Vandenberg Air Force Base, Calif. Photo: Air Force

An Atlas V rocket launch from Cape Canaveral is a success, according to United Launch Alliance.

The launch carried the Air Force’s X-37B orbital test vehicle. Much of the vehicle’s mission remains classified, but what we do know is that it’s a reusable space place, kind of like a miniature Space Shuttle. It’s about 30 feet long, unmanned and can land on a runway like a plane.

Also hitching a ride to orbit is a test of LightSail – a crowd funded program aiming to turn the sun’s energy into space propulsion. The group leading that project is headed by Bill Nye The Science Guy, who was at the Cape for the launch.