Can’t Protect The Real White House? Get An $8 Million Fake One 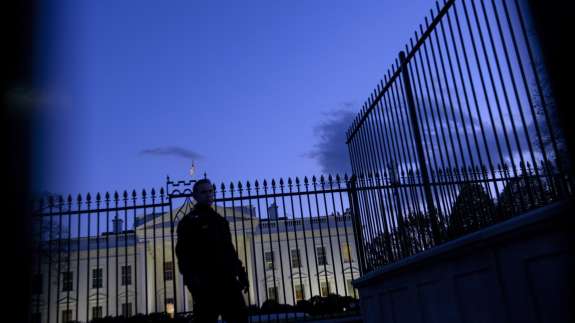 A member of the Secret Service's uniformed division stands by a fence in front of the White House.
Image credit: Brendan Smialowski

It’s no secret that the Secret Service has had a few public-relations problems over the past few years.

Not the least of which was a man who scaled the White House fence and made it all the way inside the home of the American president and his family.

There have been a lot of solutions floated — better training, improved schedules for overworked agents, even a higher fence.

“Right now, we train on a parking lot, basically,” Clancy, who has officially been director of the agency for about a month, told members of Congress during a hearing on Capitol Hill on Tuesday. “We put up a makeshift fence and walk off the distance between the fence to the White House and the actual fence itself.”

The military uses models for training for things like urban warfare and special operations, something Clancy cited as a reason for building a fake White House at the agency’s current training facility in suburban Maryland.

It wouldn’t be the first replica White House built. Aside from what has been done on Hollywood movie sets over the years, NPR’s Leila Fadel reported in November on a private home in Iraq under construction and modeled after the first family’s house.