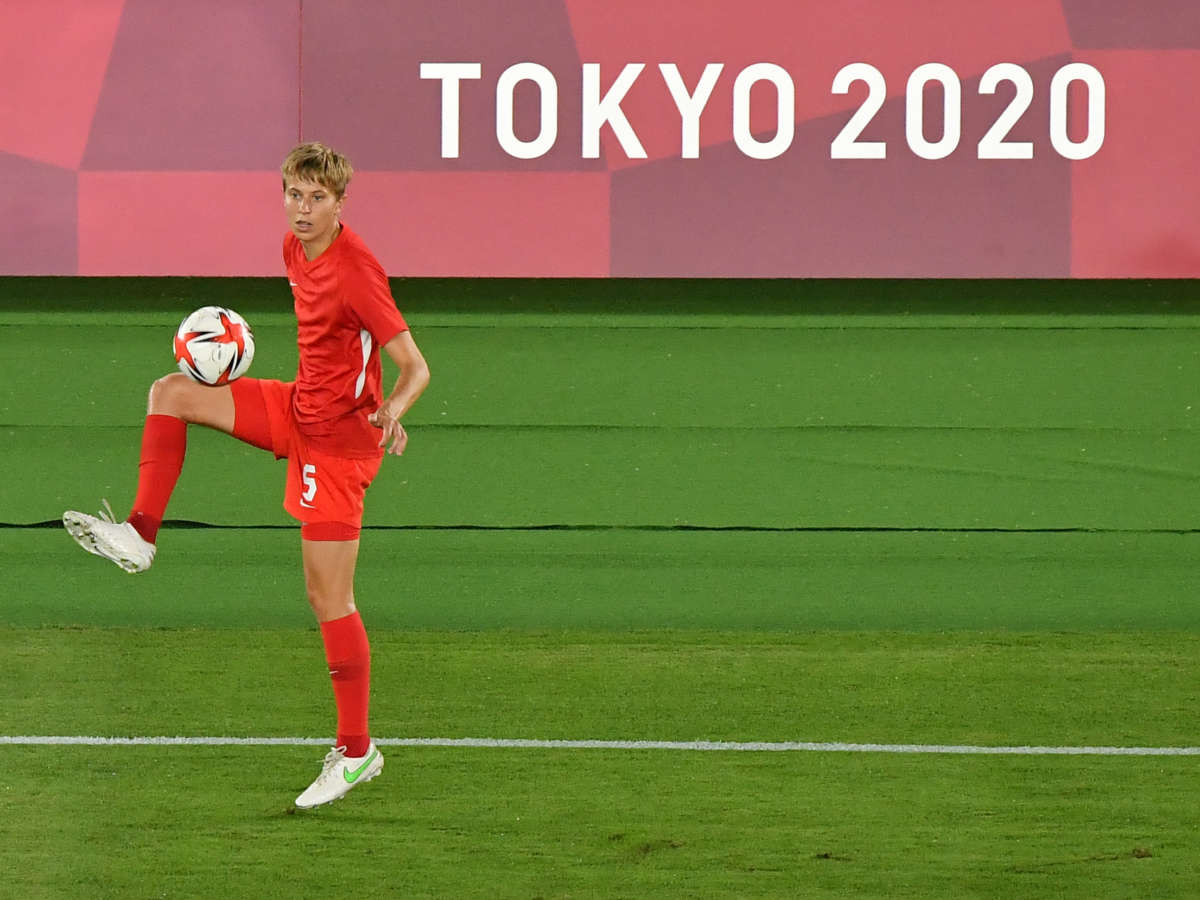 The Canadian women’s soccer team took home the gold on Friday, beating out Sweden and earning the top spot for the first time in its Olympic history. The winner of the final was determined via penalty kicks, yet another Olympic first for women’s soccer. And on the heels of that victory, Quinn, a midfielder for Canada, also accomplished something monumental: They became the first-ever openly transgender and nonbinary athlete not only to win gold but to medal at all in the Olympic Games.

It’s the latest history-making move for Quinn, who also was one of the first openly trans athletes to compete in the Olympic Games. (While they helped Canada take home the bronze at the 2016 Games in Rio de Janeiro, they did not come out as trans and nonbinary until last year.)

But as much of an accomplishment as it is for Quinn to break those barriers, it’s also bittersweet, as they noted on Instagram late last month.

“I feel proud seeing ‘ Quinn’ up on the lineup and on my accreditation,” they said. “I feel sad knowing there were Olympians before me unable to live their truth because of the world. I feel optimistic for change. Change in legislature. Changes in rules, structures, and mindsets.”

“Mostly, I feel aware of the realities. Trans girls being banned from sports. Trans women facing discrimination and bias while trying to pursue their olympic dreams,” they continued. “The fight isn’t close to over… and I’ll celebrate when we’re all here.”

That change is already well on its way. In terms of LGBTQ representation, the Tokyo Games have broken new ground. The nonbinary skateboarder Alana Smith competed for the U.S. during the Games. The BMX category saw trans representation via rider Chelsea Wolfe, who also competed for the United States. And Laurel Hubbard, a weightlifter from New Zealand, became the first transgender woman to compete in an individual event.

Although Hubbard may have left the Games empty-handed and is reportedly heading for retirement, the impact that she and other trans and nonbinary athletes like Quinn have made this year will no doubt be felt for years to come.

“All I’ve ever wanted to be is myself,” Hubbard said, according to NBC New York. “I’m just so grateful that I’ve had the opportunity to come here and be me.”