Camping World Kickoff Is Sold Out 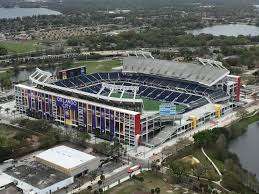 Florida Citrus Sports has released a limited number of standing room only tickets.

“We only sold initially to Florida State boosters, Ole Miss Boosters, and members of Florida Citrus Sports. We were able to sell out the game like that without a public offering,” said Director of Communications Greg Creese.

This will be the second event at Camping World Stadium to use increased security measures.

In addition, stadium officials will utilize magnetic wands at all gates.

“If you normally head to the gates to go into the game 15 minutes before the game, you might want to go 45. It’s going to be a process. It’s new to us and new to the city,” said Creese.

This will be the only college football game televised tonight at 8 p.m on ESPN.