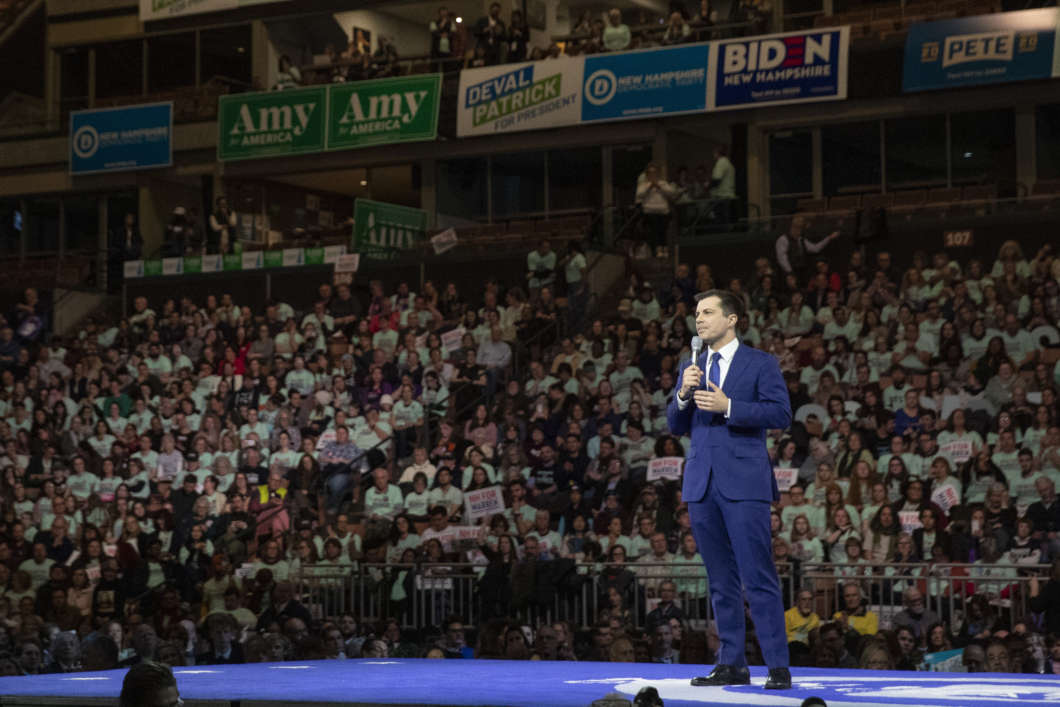 In the final sprint before Tuesday’s New Hampshire primary, Democratic presidential candidates are taking a more sharply negative tone about their rivals than they have up until now.

The top target is former South Bend mayor Pete Buttigieg. He faced a barrage of attacks as the other Democratic candidates seek to blunt his momentum from a strong showing in Iowa.

Former Vice President Joe Biden launched the most pointed attacks. Biden had mostly avoided criticizing his rivals by name before his fourth place finish in Iowa.

The ad touts Biden’s work on the Iran nuclear agreement, paired with Buttigieg loosening regulations on microchips for pets. The narrator highlights Biden passing the auto bailout, and then Buttigieg’s revitalization of the sidewalks of South Bend with decorative brick.

Later, during a rare gaggle with reporters, Biden emphasized the point.

When asked whether it was fair to compare his spat with Buttigieg with Hillary Clinton’s similar criticism of Barack Obama in 2008, Biden said, “Oh come on, man, this guy’s not Barack Obama.”

“The Vice President’s decision to run this ad speaks more to where he currently stands in this race than it does about Pete’s perspective as a mayor and a veteran,” Chris Meagher, Buttigieg’s national press secretary, wrote in a statement.

Minnesota Sen. Amy Klobuchar, who’s eager to gain support from the kind of moderate voters who back Buttigieg, also piled on with criticisms of Buttigieg’s experience.

“We have a newcomer in the White House and look where it got us,” she said on the debate stage Friday night. “I think having some experience is a good thing.”

Buttigieg didn’t shy away from his own criticisms of other candidates, taking subtle digs at Sen. Bernie Sanders, who he’s still locked in a virtual tie for first place with in Iowa.

“I don’t think we can take the risk of excluding anybody from this effort, of saying that if you’re not either for a revolution or a status quo, then you don’t fit. I think we’re going to defeat this president by inviting everybody to be at our side and get this done together,” Buttigieg said.

Sanders swiped back at Buttigieg during a rally in Dover.

“Billionaires by the dozen are contributing to Pete Buttigieg’s campaign” Sanders said. “Now, I like Pete, he’s a smart guy, he’s a nice guy. But if we are serious about political change in America, that change is not going to be coming from somebody who gets a lot of money from the C.E.O.s of the pharmaceutical industry.”

Sen. Elizabeth Warren is looking to improve on her third place finish in Iowa. But unlike some of her rivals, she’s stuck with a positive message so far and stayed out of the fray.