Calvary Baptist Church in Daytona Beach Will Be Demolished After Fire, Officials Search for Cause 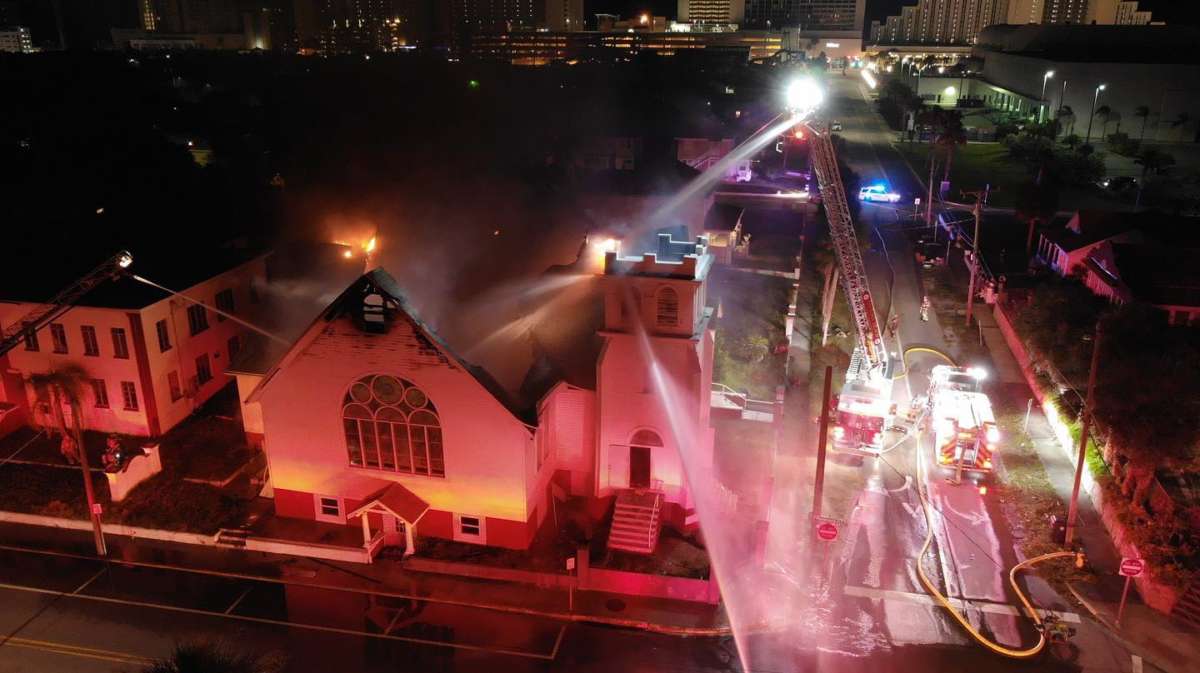 The Daytona Beach Fire Department says it will demolish the Calvary Baptist Church after a fire broke out there yesterday destroying most of the building.

No one was injured after the fire broke out at the abandoned building on the corner of Peninsula Drive and Earl Street in Daytona Beach on Wednesday.

Staton says the State Fire Marshal is already conducting a preliminary investigation into the cause of the fire.

“Because the fire appears to be somewhat suspicious, we’ve contacted the State Fire Marshal to determine a cause.”

Staton says the building was already vacant and scheduled to be demolished.

“What we were told is the church had not been in use. There was no power going to the church. A contractor that came in last night advised that demolition had already been scheduled for the property.”

Firefighters are still on the scene today tending to smoldering areas inside the church.