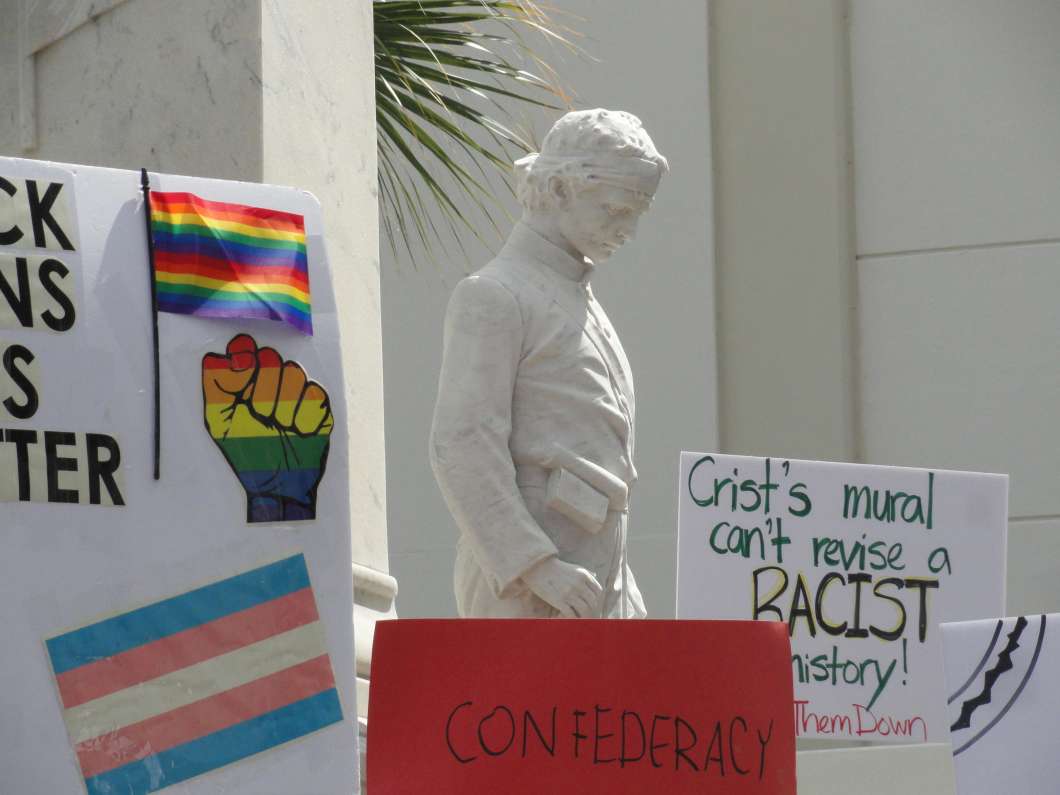 Protesters are urging Hillsborough County to remove a confederate statue that has stood outside the county courthouse for more than a century.

Rev. James Golden is with the African Methodist Episcopal Church in Bradenton.

“We will not go away. We will not be afraid, and we will not stop until the four of you – one of you must change not just your mind, but you’ve got to change your heart,” said Golden.

Golden called on commissioners to move the statute to a nearby historic cemetery.

Orlando’s confederate statue was moved earlier this month from Lake Eola to the confederate section of the city’s cemetery.