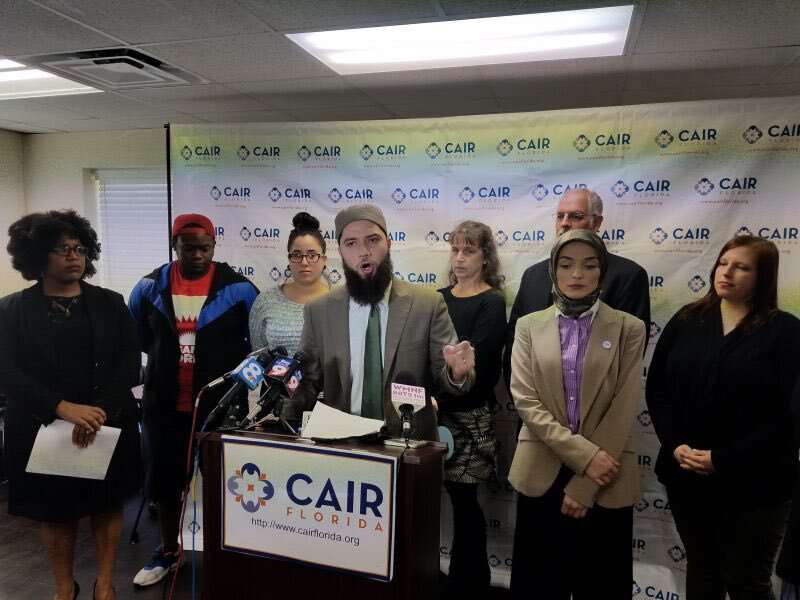 The head of a prominent Muslim civil rights advocacy organization has resigned after allegations of domestic violence surfaced.

Hassan Shibly resigned January 12th as executive director of the Council on American-Islamic Relations – Florida. According to a statement from CAIR’s board of directors, Shibly resigned to focus on his family.

“For the last several months as Shibly’s tenth year of service with CAIR-FL was approaching, he and the board have been involved in succession planning to welcome fresh energy into the organization,” the board wrote. “The search for his successor has been underway, and we have several highly qualified candidates we are now vetting.”

But the resignation came after Shibly’s wife publicly accused him of domestic violence. Imane Sadrati posted a GoFundMe video in late December.

“For years I have been in an abusive relationship and the situation at home has become unbearable,” Sadrati said in the video. Sadrati has raised more than $28,000 on GoFundMe.

Shibly has denied the accusations on Facebook,. both after they were made and in a post announcing his resignation from CAIR-Florida.

“I am grateful that in the past week two independent third-party assessments have found the smear campaign I have faced to be false,” Shibly wrote on Facebook. “However, I do need time and freedom to stand up for the interests of my children and family without having to consider the needs of such an important organization or worry about my personal situation being used as a distraction for the important work of the organization or vice versa.”

Sam Badawi, Shibly’s attorney, said the allegations are “completely false,” adding that the court did not grant a temporary domestic violence restraining order.

“We ask you to respect the privacy of the family at this time,”Badawi wrote. “Our nation has courts that are best equipped to ensure those who are wronged receive justice and those who are innocent are cleared, and these private family matters are best adjudicated in a court of law not on social media. My client supports the legal process which ensures best that those interests can be met.”

Shibly spent nearly a decade with CAIR-Florida (Care Florida).  He has publicly sparred with far-right activist Laura Loomer, who sued CAIR-Florida after she was banned for twitter for Islamophobic tweets.  Shibly also called for the firing of corrections officers who removed a protestor’s hijab for a mugshot last year.

Shibly spoke with WMFE after the Pulse nightclub shooting.

This article has been updated to include that Sibli also sued for divorce in Duval County.