Buttigieg Is On The Rise, But Has Work To Do Winning Over Young Voters 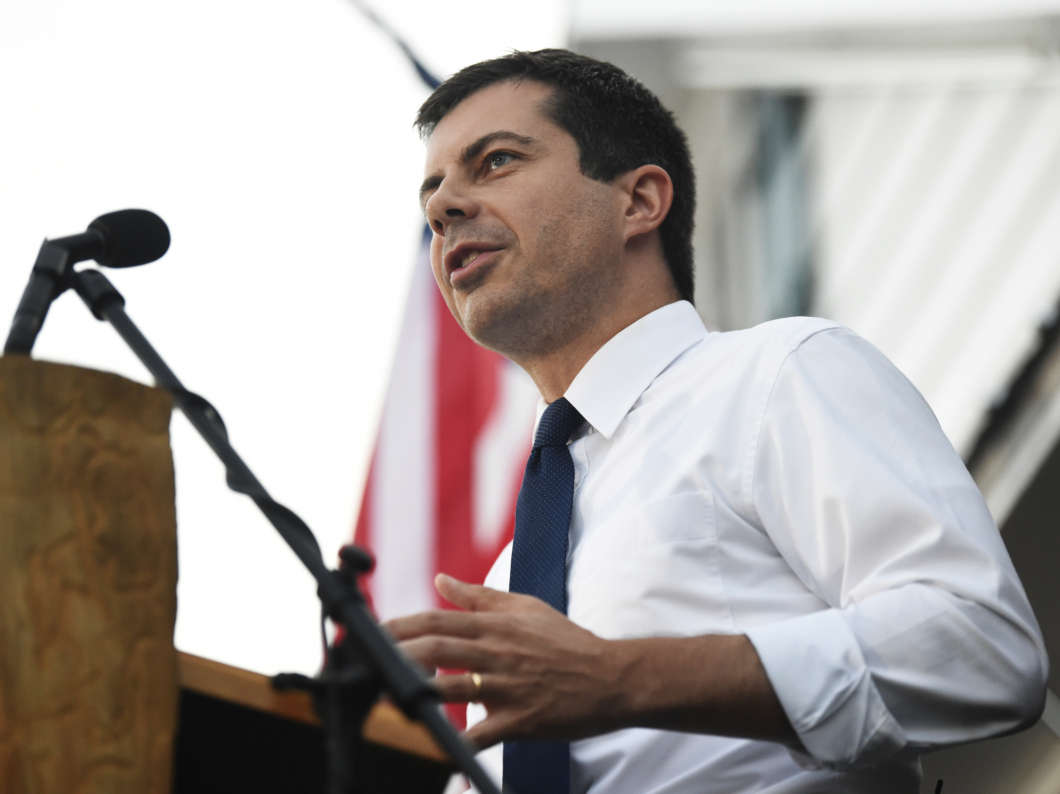 If Pete Buttigieg, 37, won the U.S. presidency, he would be the youngest person to hold the office. But so far, his campaign appeals slightly more to older voters than younger ones. Above, he speaks on Sept. 16 in Galivants Ferry, S.C.
Image credit: Meg Kinnard

Age has been a defining factor in the race for the Democratic presidential nomination, with candidates spanning four generations.

Buttigieg entered the race this spring focused on the idea of generational change, often telling voters that he fears what the United States will look like in the year 2054, the year that Buttigieg will be the same age as President Trump is today.

Lately, Buttigieg has cracked into the top tier of otherwise septuagenarian candidates. However, he is not exceptionally popular among young voters, with polls showing that Buttigieg performs slightly better among older voters — and his campaign is trying to fix that.

When asked who their first choice would be in the Iowa caucuses, 38% of those ages 18 to 29 picked Warren. Another 29% picked Sanders. Buttigieg was the third choice of these young voters, with 12% support.

A glance at how candidates fared among voters age 65 and older puts Buttigieg on stronger footing at 23%, second only to former Vice President Joe Biden.

Delacey Skinner, a Democratic strategist, said that just because a candidate is young doesn’t necessarily mean the candidate will perform well among younger voters. She noted the support that anti-establishment candidates like Sanders have among young voters, despite the fact that Sanders is the oldest Democrat seeking the presidency.

“When we think of revolutionary politics, those kinds of movements are also often very youth driven. I think what we’ve seen with Buttigieg is somebody who is more moderate in his policies but also more moderate and calm and thoughtful in his approach,” she said. “Even though he’s young, I don’t think that necessarily speaks to, ‘Oh, this is a guy who’s going to upend everything and change everything.’ In that sense, it doesn’t surprise me that his approach, his style, his politics are more appealing to older voters.”

Core to Buttigieg’s candidacy is the argument that it’s time to turn over the presidency to a new generation of leaders. He told CNN’s Chris Cuomo that he would put his own experience in leading South Bend, as well as serving in the military, up against others.

“Yes, I’m young. I represent a new generation,” Buttigieg said. “You know what? Every single winning Democratic candidate in the last 50 years has been somebody who came from outside of Washington, was new on the national scene, talked a lot about values and represented a new generation of leadership.”

He has argued that as a young candidate, he’s able to embody the needed urgency of dealing with the issues facing the country and the world. Buttigieg’s campaign is aggressively courting millennials and Gen Z voters, as analysts point to high turnout among young voters in the 2018 midterms, which suggests a similar boom in next year’s primary races.

Outside Iowa, there are signs that Buttigieg has more room to improve with this key demographic. Harvard University’s Institute of Politics polled voters between the ages of 18 and 29. Four percent of likely voters said they were supporting Buttigieg, putting him in fifth place behind Sanders, Warren, Biden and Andrew Yang.

John Della Volpe, the director of polling at the Institute of Politics, said that the race remains fluid and that Buttigieg could grow his coalition by pulling support from two ideologically different bases.

“He’s competing with Warren on the college-educated cohort of young people, people who are in college and who have recently graduated. That’s kind of one quote-unquote lane for him to kind of compete in. So we’re, I think, paying close attention to that dynamic, one. And then the other is clear — the kind of more moderate lane where he’s competing with, at this point, with Joe Biden.”

The campaign is aggressively moving to court younger voters. This year, Buttigieg’s campaign brought on a national youth engagement director, Marv McMoore Jr. He is a former president of the College Democrats of America and recently led a bus tour of college campuses, including one rally this week at Brown University in Rhode Island that drew more than 200 students, according to the campaign.

Questions about Buttigieg’s ability to attract young voters come as there are some doubts about his ability to build a coalition diverse enough to win the Democratic primary. While he has grown his support in Iowa and other states where he has campaigned aggressively throughout the summer and fall, he has yet to amass significant support among voters of color, particularly black voters, which will be critical as the campaign moves south.