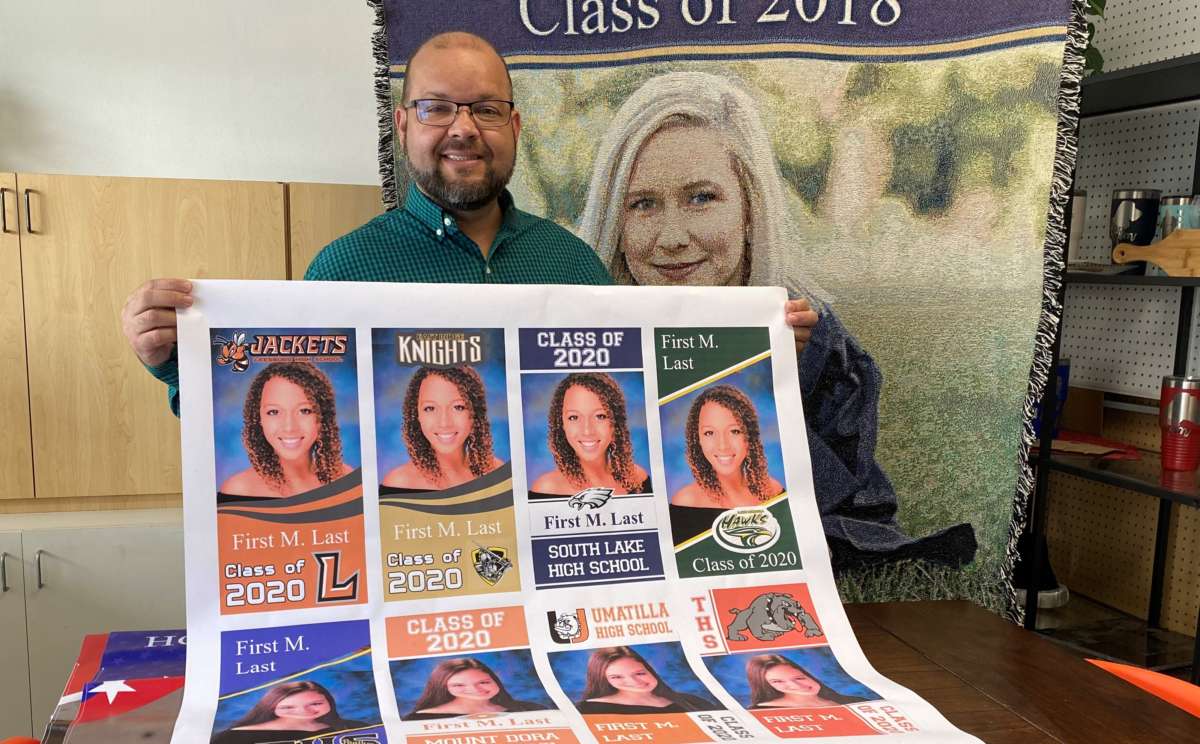 Eustis High School senior Meghan Howell has a great deal of pride in her school. It shows in the Panther PrimeTime newscasts she produces.

You can hear it in her voice as she talks about how the COVID-19 pandemic wrecked the end of their senior year.

Her last day at the school was right before spring break. Since then, everything from prom to yearbook signings fell away.

I know it’s pretty universal across my entire senior class that we’re pretty much just really disappointed,” she said. “We have this big idea what we wanted our senior year to be. And our student council was planning a lot of fun activities for the second half of the year. It all just kind of fizzled out. ”

It’s an experience shared with graduates across Lake County.

And Eustis businessman Tim Totten has decided to do something about that. His company Celebrating Heroes creates banners, typically to honor veterans who have died, and for other occasions.

Now he’s picked up a volunteer project. It could cost him about $75,000, though he hopes to recoup much of that through donations.

“And the idea,” he said, “is that we are going to honor every single graduate in our school district, which is about 3,000 students, with a banner that is going to hang from poles and fences, in parks, in cities all over our county.”

You can add to that the graduates of private schools, too.

Totten brought the idea of honoring Eustis grads to the city’s mayor. He says Michael Holland loved the idea and reached out to the other cities.

And the schools have helped out, as well, providing the seniors’ yearbook photos and checking with families to make sure that’s OK.

Spokeswoman Sherri Owens says the district is delighted that Totten is doing his project. Only a handful of parents or seniors have opted out.

“Because of the disappointments they have faced, we are — as a district, and I see through Mr. Totten and others, as a community — looking for ways to recognize this class and celebrate them, maybe in some unique ways that we haven’t thought of before,” Owens said.

At some schools, Owens says, the drive-through process of picking up caps and gowns became a socially distanced parking lot celebration with pom-poms and posters and cheering teachers.

“Just all kinds of ways to say we see you, we celebrate you, we’re excited for you,” she said.

Mayor Holland says he and others will donate to support the banner project, that the class of 2020 deserves the recognition.

“This is the class that was born during 9/11 and they’re going out on a rough note,” said the mayor. “But we just want to send them off with hope that things are going to get brighter for them and they’re going to be strong leaders because of the adversity that they have been through.”

Totten says the banners will be weather-proof and could stay up from late May through June.

“The goal,” Totten added, “is that once they’re finished being displayed in these towns for the next month or so the students will get them to keep as a memory of their senior year and the unusual thing that happened.”

For her part, Meghan Howell says she absolutely loves the project.