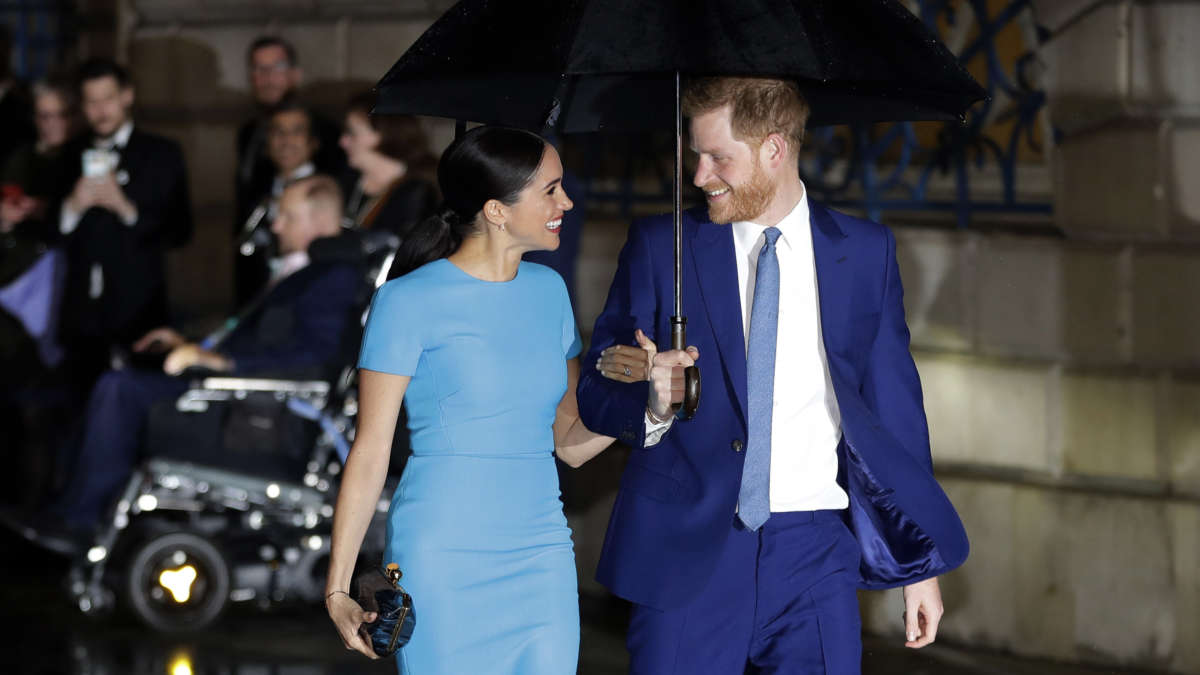 In a statement, Queen Elizabeth II said the royal family "is saddened to learn the full extent" of the challenges faced by Prince Harry and Meghan, the Duchess of Sussex, seen last March in London.
Image credit: Kirsty Wigglesworth

In her first public response to Prince Harry and Meghan’s extraordinary interview with Oprah Winfrey earlier this week, Queen Elizabeth II says the royal family is “saddened” to learn the extent of the challenges faced by the Duke and Duchess of Sussex.

Harry and the former Meghan Markle discussed at length their contentious relationship with the royal family in the two-hour interview broadcast in the U.S. on Sunday evening, and in Great Britain the following night.

The statement “issued by Buckingham Palace on behalf of Her Majesty the Queen” read in its entirety:

“The whole family is saddened to learn the full extent of how challenging the last few years have been for Harry and Meghan.

“The issues raised, particularly that of race, are concerning. While some recollections may vary, they are taken very seriously and will be addressed by the family privately.

“Harry, Meghan and Archie will always be much loved family members.”

In the interview, Meghan said the royal family declined to make the couple’s son, Archie, a prince or to offer him the protection that would come with that title. She also said someone in the family expressed concern to Harry about what the baby’s skin color would be. Meghan has a Black mother and white father. Harry declined to say who had expressed those concerns, but he has said it was neither his grandfather Prince Philip nor the queen.

When asked by a reporter on Tuesday about the interview, Prince Charles, Harry’s father, declined to answer.

Among other revelations from the interview: The royal family informed Harry and Meghan that their security detail would be ended after the couple stepped back from royal duties and moved abroad. The couple said their home address in Canada had been revealed by The Daily Mail, making them concerned for their safety and resulting in their move to California.

Meghan also revealed that her experience in the family was so unbearable she had considered taking her own life.

Harry told Winfrey that he felt “trapped” within the system of the royal family, and said the family had failed to stick up for them when Meghan was suffering racist harassment from British media and members of the public.

The interview drew parallels with a 1995 BBC interview with Harry’s late mother, Princess Diana, whose marriage to Charles ended in divorce.

One consequence of the interview was the departure of a prominent media figure from his job as a presenter for Good Morning Britain on the U.K.’s ITV network.

Piers Morgan, who once hosted an interview program on CNN, is a longtime critic of Meghan. On Monday’s broadcast, he said of her claim that she had considered suicide: “I don’t believe a word she says. I wouldn’t believe her if she read me a weather report.”

On Tuesday’s broadcast, as weather presenter Alex Beresford criticized Morgan’s remarks and defended Meghan, Morgan stormed off the set, saying, “OK, I’m done with this.” He returned after a commercial break.

But by Tuesday afternoon, Morgan was gone from the show following thousands of complaints about his behavior to the U.K.’s media watchdog agency, Ofcom, according to ITV.

A spokesperson for ITV said in a statement, “Following discussions with ITV, Piers Morgan has decided now is the time to leave Good Morning Britain. ITV has accepted this decision and has nothing further to add.”