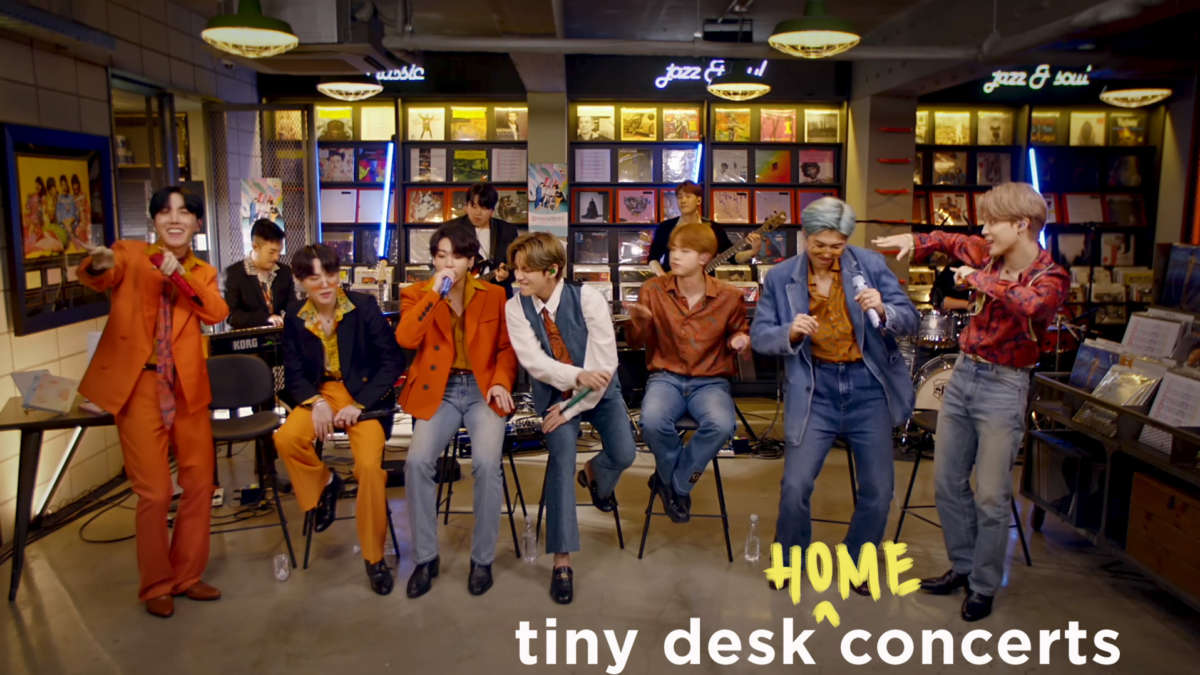 In the end, it took a global pandemic — and the launch of Tiny Desk (home) concerts back in March — to make something happen. With BTS cooped up in Seoul, the group held true to the series’s spirit by convening a live band for its Tiny Desk debut, and even arranged to perform in a workspace with a music-friendly backdrop: the record store VINYL & PLASTIC by Hyundai Card in BTS’s hometown.

Opening with this summer’s inescapable “Dynamite” — the group’s first single to hit No. 1 in the U.S., as well as its first song to be fully recorded in English — BTS leaned hard into the new track’s celebratory, “Uptown Funk”-adjacent vibes. From there, the group dipped into its back catalog, seizing on the opportunity to showcase its quieter side while (mostly) staying uncharacteristically seated. The breezily propulsive “Save ME,” from 2016, ultimately gave way to a full-on power ballad in 2017’s reflective “Spring Day.”

The latter track seemed especially true to BTS’s hopeful nature: Introduced with a few optimistic words from rapper and singer RM (“It’s been the roughest summer ever, but we know that spring will come”), the song reflects on a need to wait out hard times, even as the weight of present-day pain feels oppressive.

BTS had intended to spend 2020 delighting the BTS Army in arenas around the world, only to spend these last few months performing in isolation. Released on the last day of a grim season, “Spring Day” provides a nice reminder of what awaits us on the other side. We just have to get through fall and winter first.