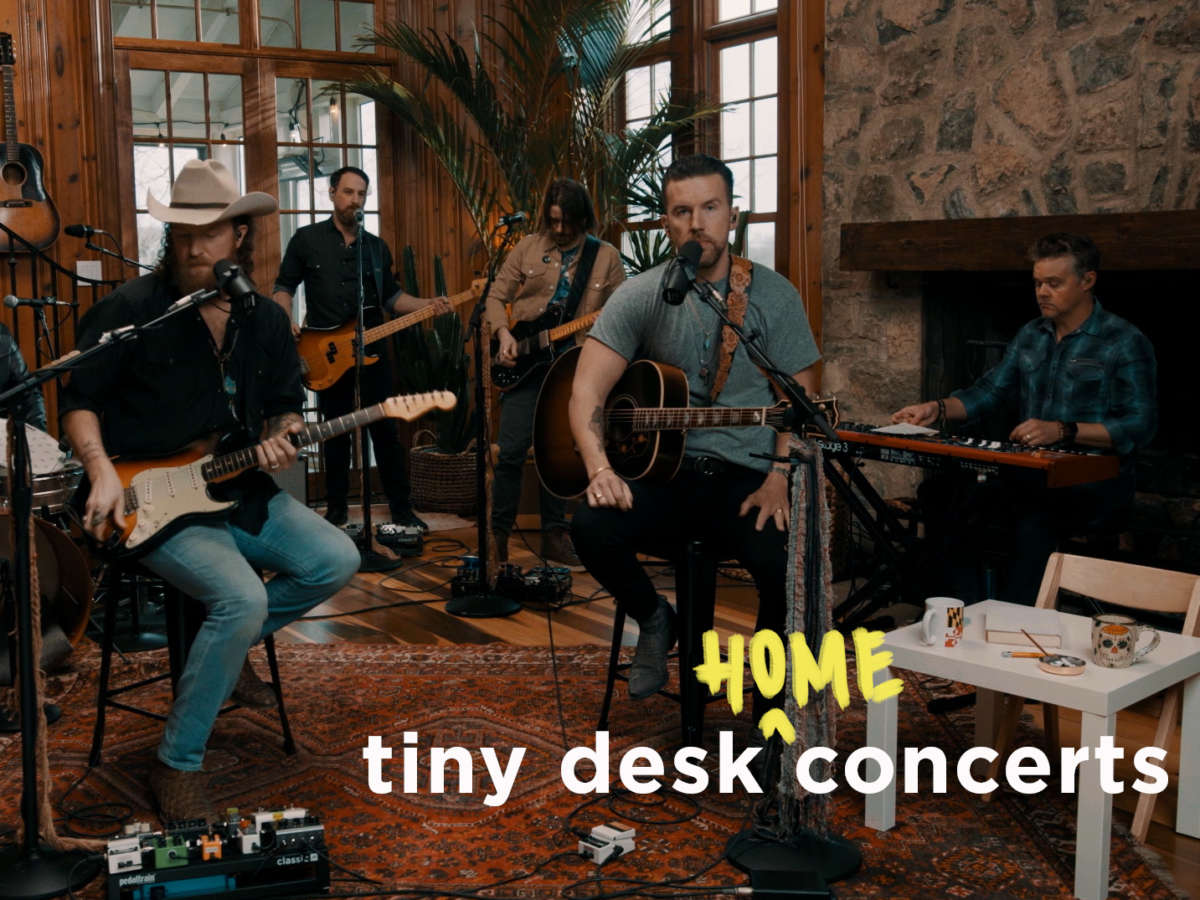 Since last year, many musicians have had to confront their own version of the “if a tree falls in a forest” thought experiment: If you release a new album but can’t tour, will the music still resonate for listeners stuck at home? On their superb 2020 album, Skeletons, Brothers Osborne — a country duo that’s long challenged the conventions of country and still managed to top the charts — intentionally turned up the volume to create a stadium-sized sound. The problem? “We put it out and performed it nowhere,” John Osborne told Morning Edition.

For their Tiny Desk (home) concert, brothers John and T.J. scale to fit the setting – John’s wood-panelled Nashville living room furnished with plenty of guitars and a tiny desk featuring a Maryland flag mug – but refuse to dial down the intensity. Opening with the explosive instrumental track “Muskrat Greene,” Brothers Osborne and their collaborators use their set to showcase the very best of Skeletons. As on the record, they transition immediately into “Dead Man’s Curve,” a track that’s the ideal interplay between John’s fiery guitar and T.J.’s singular vocal stylings.

“I hope it’s good,” T.J. confesses near the concert’s conclusion. “We really haven’t been performing a lot for obvious reasons.” If John and T.J. can create this incendiary of an experience from a living room, just imagine hearing the anthems “I’m Not For Everyone” and “Hatin’ Somebody” surrounded by thousands of fellow fans this fall.