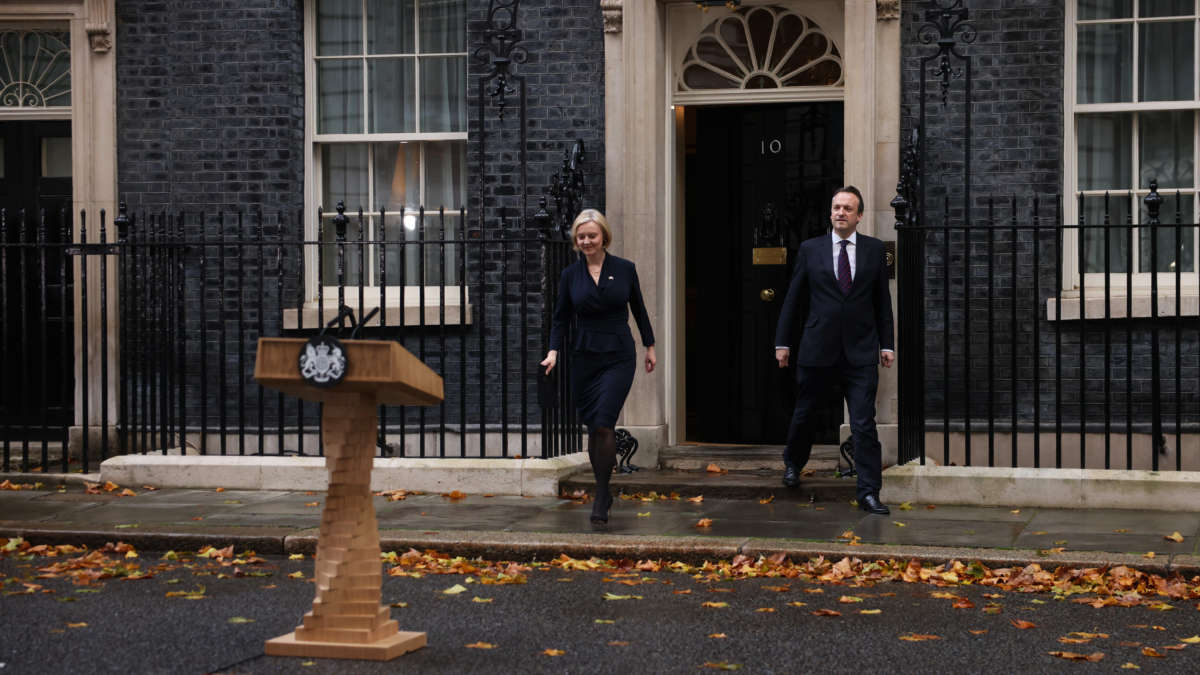 Prime Minister Liz Truss walks out of No.10 to announce her resignation at Downing Street on Thursday in London.
Image credit: Rob Pinney

British Prime Minister Liz Truss has announced her resignation following weeks of criticism from her opponents and members of own her Conservative party, and the resignation of two of her top cabinet picks.

Truss said she will remain as prime minister until a successor is chosen. She said a leadership election will be completed within the next week.

She said she came into office at a time of great economic instability and was elected with a mandate for change but, “I recognize though I cannot deliver the mandate.”

She announced her resignation in brief remarks outside the prime minister’s residence in London.

Serving just six weeks in office, Truss is one of the shortest-serving premiers in British political history. A series of significant missteps meant that much of the political vision she outlined during her campaign for leader was ditched after seriously adverse reactions from financial markets.

Together with her friend and political ally Kwasi Kwarteng, Truss had entered office promising to cut taxes and kickstart the country’s economic growth through a form of “trickle-down economics.” But when Kwarteng announced major tax cuts to parliament, alongside new spending plans focused on protecting households from high energy prices, the country’s currency plummeted in value, while the costs of government borrowing shot up.

Truss had replaced Boris Johnson as PM this summer. Johnson was forced out by his party after questions were raised about his character amid a series of scandals.