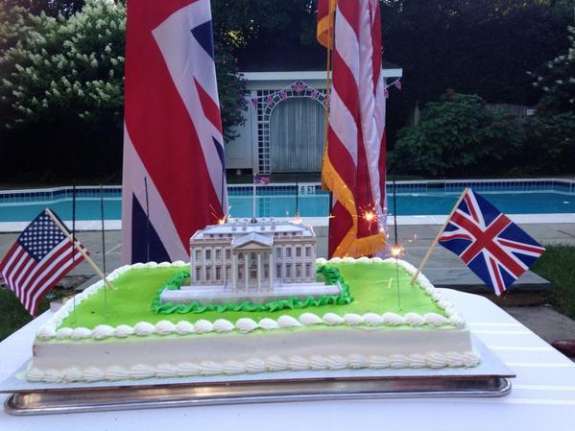 The British Embassy celebrates the burning of the White House. (It was a joke!)

So much for water under the bridge: The British Embassy in the United States is apologizing for a tweet on Sunday in which it jokingly referred to the burning of the White House 200 years ago by the British.

But after a barrage of tweets questioning the taste of the original tweet, the British Embassy issued an apology:

We’d go into the history of all of this, but our colleagues at All Things Considered did a spectacular job of that last week. Listen: