British Ambassador: ‘We Are Close’ To Identifying Foley’s Killer 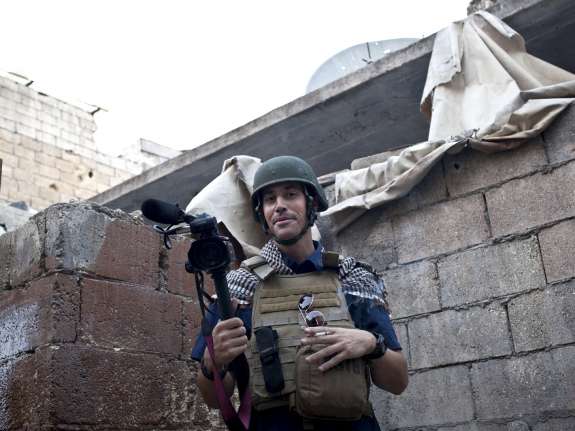 The U.K.’s ambassador to the United States says that Britain is close to being able to identify the Islamic State militant who carried out last week’s beheading of American journalist James Foley.

Foley’s murder was shown in a video released by the Islamic State, an al-Qaida-inspired group that is also referred to as either ISIS or ISIL. The voice of the masked kidnapper has a distinctly British accent, leading intelligence officials to surmise he may have ties to the U.K.

“We’re putting a great deal into the search,” Westmacott said, referring to the use of voice analysis and other methods.

CNN reports: “Linguists said that based on his voice, the man appears to be young, most likely under 30. He also appears to have been educated in England from a young age and to be from southern England or London.”

The Associated Press says: “British newspapers reported Sunday that investigators were looking at several British jihadi thought to be in the Raqqa area of Syria.

AP says one among the possibilities is Abdel-Majed Abdel Bary, who is a former rapper from London.

He “reportedly has joined militants in Syria. He is the son of Abdel Abdul Bary, an alleged al-Qaida operative who was extradited from Britain to the U.S. in 2012 to face terrorism charges,” the news agency says.

Meanwhile, The Telegraph reports that a British-based video and photo analysts believes he has pinpointed the exact spot where the beheading of Foley took place.