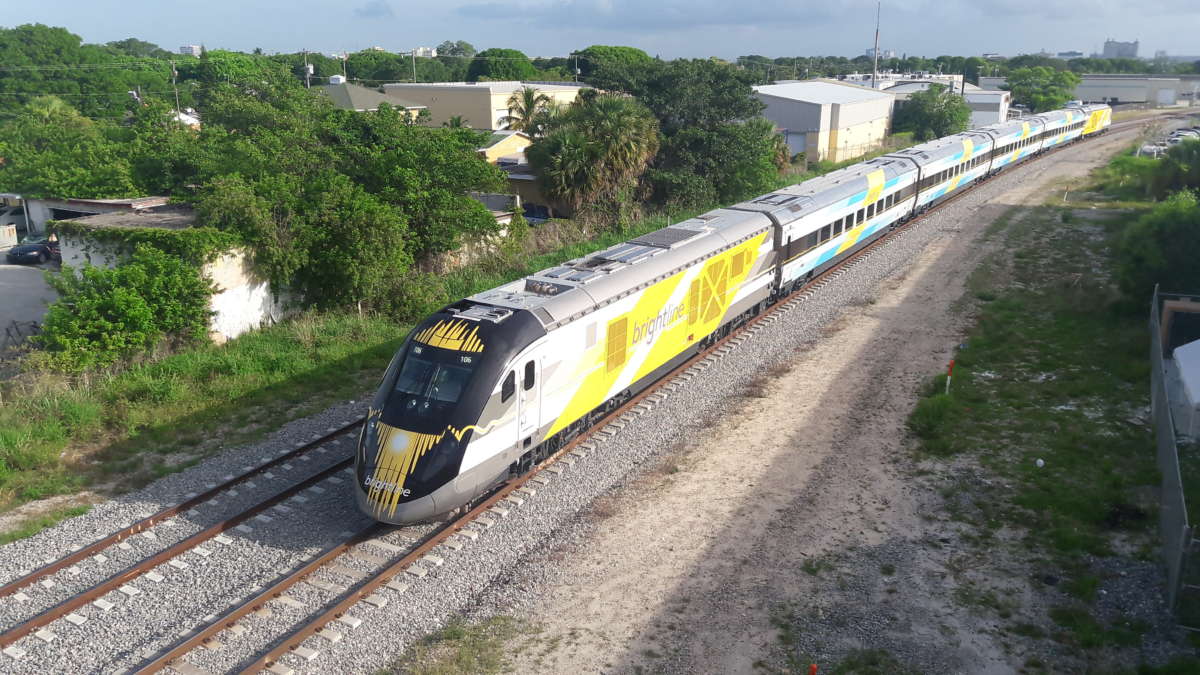 Brightline says it plans to build a train station at Disney Springs. The proposed station would give passengers access to Walt Disney World’s four theme parks.

Brightline is already working on an expansion of its high speed train service from Miami to Orlando International Airport- on track for completion in 2022.

In a press release the company said its proposed train station at Disney Springs will be close to the theme parks and hotels.

We’re excited to work with Brightline as they pursue the potential development of a train station at Walt Disney World Resort, a project that would support our local economy and offer a bold, forward-looking transportation solution for our community and guests.

The deal with Disney is conditional on Brightline getting government approvals for the station.

Orange County Mayor Jerry Demings said Brightline briefed him on the proposed station, but so far there’s been no request for local funding.

“My role is to ensure that we protect the taxpayers’ money and that any investment from the local perspective, we have to have a good return on the investment,” said Demings.

Florida’s tourism economy took a huge hit from the coronavirus pandemic. Disney’s Orlando theme parks are operating at 35 percent capacity, and Brightline’s South Florida service has been suspended since March because of COVID-19.