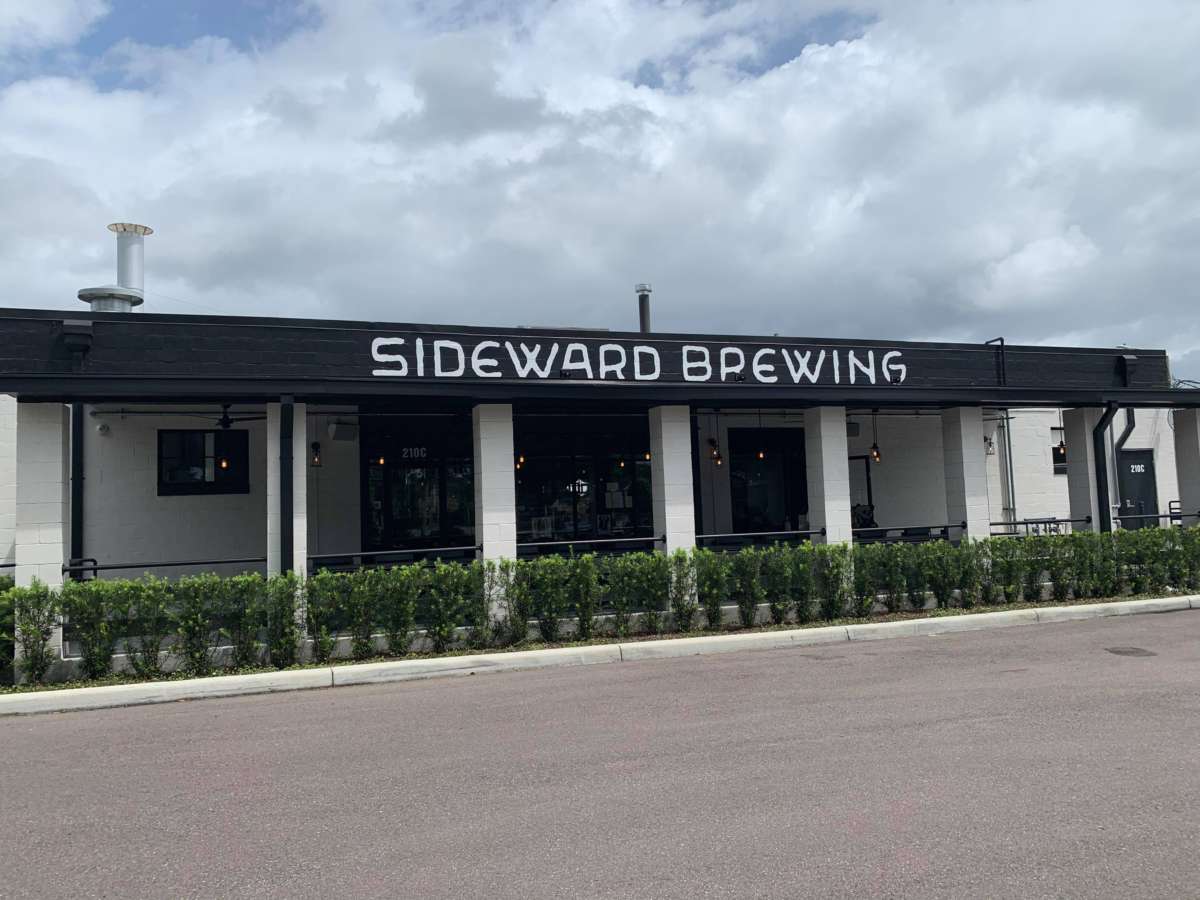 Sideward Brewery in Orlando is brewing a collaboration beer to raise money for hospitality workers. It remains open for to-go orders, in line with Governor DeSantis' stay at home order: Photo: Andrew Cochie

Breweries around the world are collaborating on a new beer — with proceeds going to help those in the hospitality industry who are out of work.

It’s called All Together, and the recipe was shared by Brooklyn-based Other Half Brewing. Orlando-based Sideward Brewing is one of the more than 500 craft brewers participating in the program.

Co-owner and head brewer Garret Ward said he’ll brew and can the beer at his Orlando brewery — and offer sales of the cans to-go. Proceeds from his sales will go to a local charity.

“We’ve picked the Brewers United fund that the Florida Brewers Guild put together,” said Ward. “Then a portion of that will go to our staff to help support them through this time.”

Sideward employs seven workers. The company is also selling tee-shirts and dog treats, and set up a virtual tip jar for the staff now facing reduced hours and tips due to coronavirus closures. Many breweries continue to sell packaged beer for off-site consumption — in line with the Governor’s stay at home order.

“It’s beer. Beers is always easy. Everyone likes beer and then when we can be selfless and help others — it’s just so easy with beer,” said Ward. “It just makes sense.”

For budding brewers stuck at home during quarantine, Other Half Brewing is also offering the All Together recipe scaled down for home brewers.

Learn more and see the full list of breweries.