Brevard Zoo Releases Green Turtle Into the Ocean, Saves More than 50 Others After Hurricane Dorian 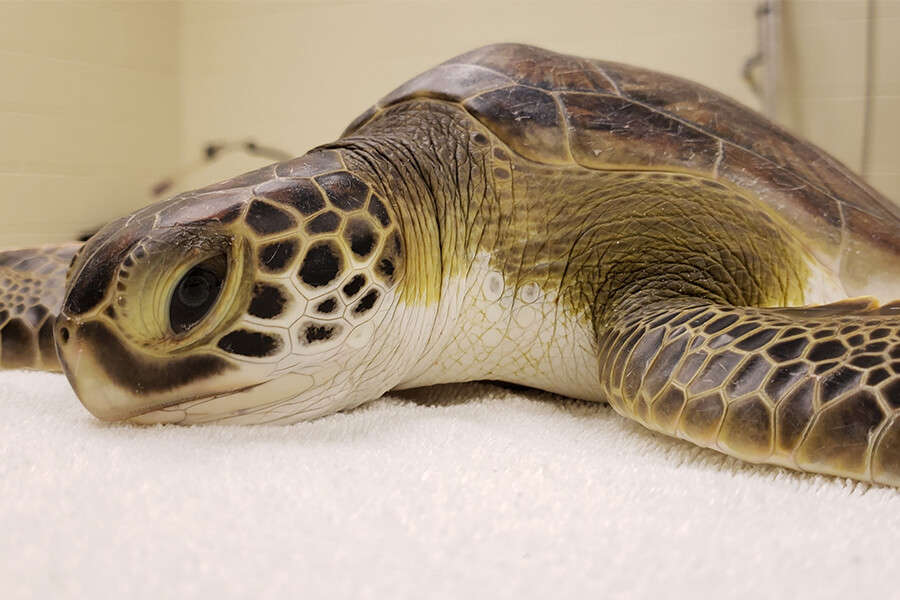 A juvenile green sea turtle was released back into the ocean Tuesday after being rehabilitated by the Brevard Zoo.

The turtle named Scatman John was found lethargic and sick on Melbourne Beach near the Crowne Plaza hotel.

Shanon Gann is the Brevard Zoo’s Sea Turtle Healing Center’s Program Manager. She says Scatman John was returned to the ocean after two months of care.

“We happen to be the nearest facility for that turtle to come to. And we determined that the turtle had a bacterial infection. And we were able to treat the turtle and return it right back to the ocean.”

Gann says the staff is currently treating 12 other turtles who are recovering from boat strikes, illness or injuries from plastic trash.

She says the center already released 20 premature hatchlings and 39 washbacks after Hurricane Dorian.

The washbacks don’t have energy from what’s called the ‘frenzy period,’ where they swim out to sea.

“And those have to be released once they are rehabilitated by boat because they don’t have that frenzy period any longer.”

Turtles are protected by state and federal law and should not be touched or moved.

If you find an injured or sick turtle, contact the Florida Fish and Wildlife Conservation Commission.