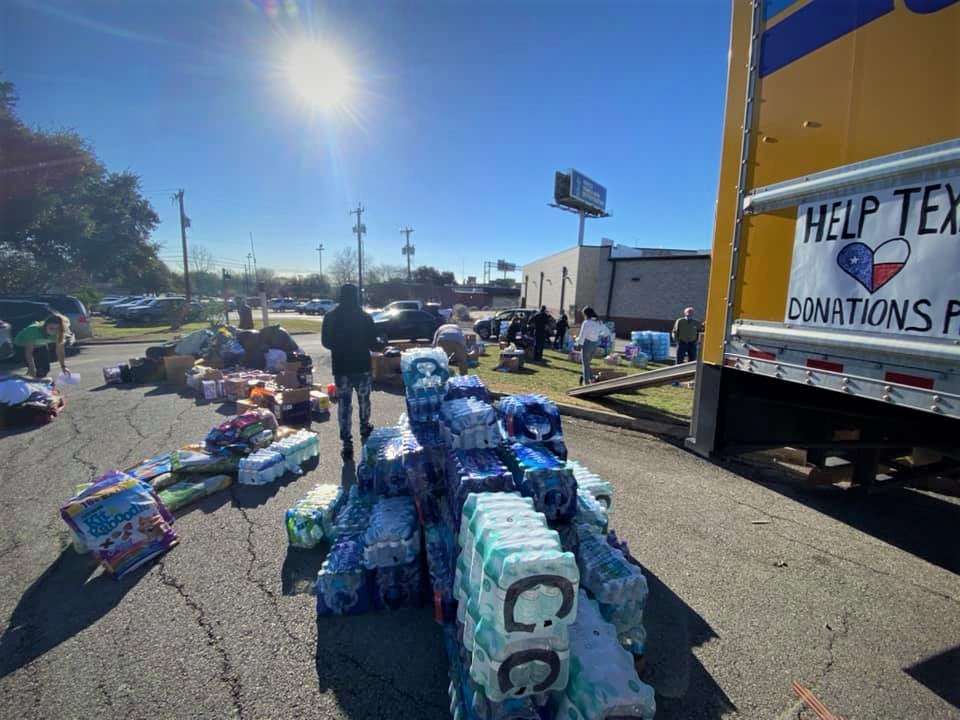 The cruel winter that’s hit Texas over the last couple of weeks has killed dozens of people and left over 29 million without heat, proper shelter, or water.

To make matters worse, some main roads are not yet passable, panic buying has store shelves completely bare, and massive power outages affect several towns across the state.

Texas, unprepared for this unprecedented catastrophe, needs help. In this time of crisis, one man from Brevard County decided to step up.

Robert Burns, entrepreneur and former critical care nurse for the U.S. Army, was touched by this story on a personal level. The 41-year-old father of three spent some of his formative years in San Antonio, when he was stationed at Fort Hood and when he lived there as a new father.

“I have a sense of community with the city. It feels like a family,” Burns said from his room in San Antonio. “When you add the fact that they were without power for days, and it got down to single digits temperatures, it becomes a life and death situation.”

Originally, Burns had planned to head over just to help a close friend. However, as the scope of the crisis widened, he saw the opportunity to help more people with an aid relief event.

He reached out to his local Central Florida community on Facebook and received overwhelming support. In less than 24 hours, over 160 individuals had come together with enough food, clothes, money, and supplies to fill an entire Penske truck. They raised over $1000.

Burns rented the truck and met with hundreds of people who showed up Saturday morning in the parking lot of the Melbourne Walmart on Wickham Road, ready to help.

“This wasn’t just me, not even close,” Burns said. “This was 100% individual people coming together.”

He also received about 150 donations on Venmo and CashApp throughout the weekend from folks who caught wind of the good news and just wanted to get involved. He said the donations ranged anywhere from $1 to $1000. As of Tuesday, the final total, he said, was approximately 300 people who directly contributed.

“I had some people give me $1 on Venmo,” he said. “And that meant something to me because that means that these people in our county are struggling, yet they still decided to give what they could. Even if it was just $1, they just wanted to be part of it.”

As Burns continued to receive donations along the way, he stopped at Walmart stores to shop for more supplies. The trip took 30 hours, but he made it to the Lonestar State on Monday at 1:40 a.m., where friend and San Antonio resident Marisa Bono had coordinated the receiving end of this project.

Brevard County resident Robert Burns organized a relief effort for Texas, then drove 30 hours to the Lonestar State to delivery the goods himself. He arrived at 1:40 a.m. on Monday to a grateful crowd of volunteers ready to help unload.

She was waiting for the Penske full of hope along with a group of dozens of volunteers which she managed to gather in time for Burns’ arrival. It would be hard work, but by the end of the day, all items had been unloaded and distributed.

“I can’t really describe – I’m getting emotional just thinking about it – the feeling when he first opened the rolling back door and I just saw that it was filled to the brim with supplies that we knew were gonna help our community,” Bono said. “It was just incredibly inspiring to see that people in another time zone cared enough about our community to do this for us.”

Critics on social media have said the money could have gone toward donations and ordering the items online, but both Bono and Burns say they couldn’t disagree more.

Bono said the week had been devastating, not just to the town infrastructure but to the community’s morale. With immobilized transit and empty stores, what Burns did could not have been accomplished with mere monetary donations or item deliveries, said Bono, who is the chief strategic officer at VIA Metropolitan in San Antonio.

“To be able to have an event where the community could come together like that, work side by side, work toward a common goal – it was the morale boost we needed for a community that had been suffering immensely over the course of the previous week,” Bono said.

For Burns, it was a unifying event. One that stood against the adversity of recent national divisions and presented an opportunity for Brevard to also come together. It was the community support, he said, we all needed to see.

“My community in Brevard, it feels like they were here with me, and in a sense they were,” he said. “They gave me what they could, their money, their time, help and items, and they watched their efforts travel across the country, and they can see it being put into the hands of the people who needed it.”

After a year of unrest, isolation, struggle, and COVID deaths, while delivering the items helps, Burns said that it is the act of kindness that lifts the spirits.

“I felt like we needed to come together and do something positive,” he said. “You can tell from the comments that people were really excited. It really made people happy to be able to do this.”

On Wednesday, Burns returned home to Brevard County to be with his daughters and to get some much-needed and well-deserved rest.