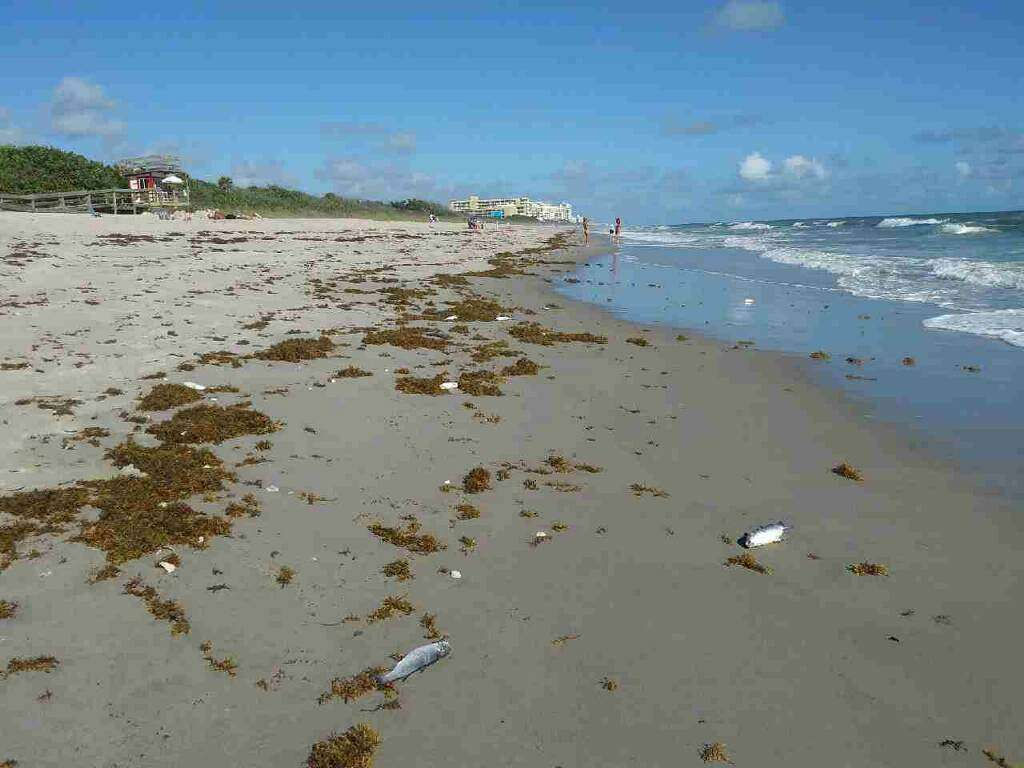 Testing is underway after reports of possible red tide in Indialantic and Melbourne Beach.

“The lifeguards went to the area where the first reports came in, and they said that they also experienced nasal issues.”

A nearly year-long red tide in southwest Florida has spread in recent months, carried by the Gulf Stream around the peninsula’s southernmost tip and up the Atlantic coast.

In Brevard County the harmful algae species is rare.