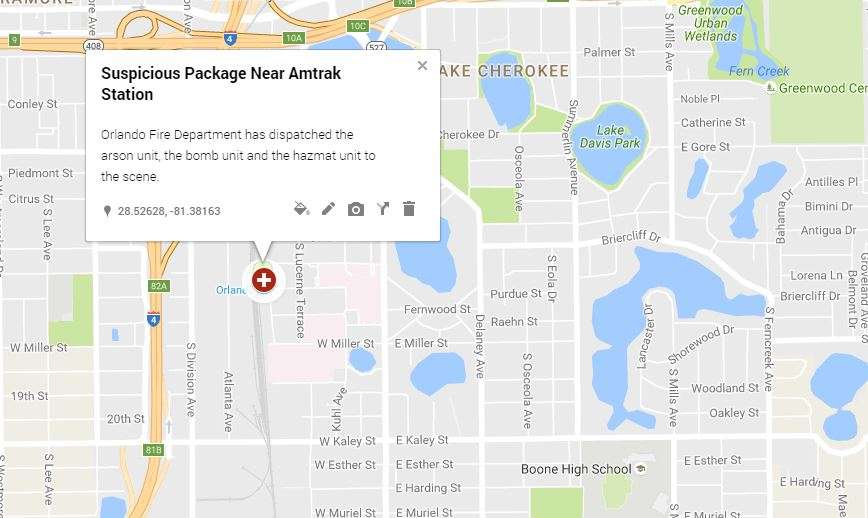 The Orlando Fire Department is responding to a suspicious package.

The Orlando Fire Department says no hazard was found after reports of a suspicious package shut down Sligh Boulevard and halted Amtrak operations this morning.

Fire Department officials were responding to a suspicious package near the Amtrak station. The fire department said the bomb unit, the hazmat unit and the arson unit were all dispatched.

The Amtrak train was also stopped and evacuations ordered in the perimeter.

The street was reopened and train services resumed this afternoon.