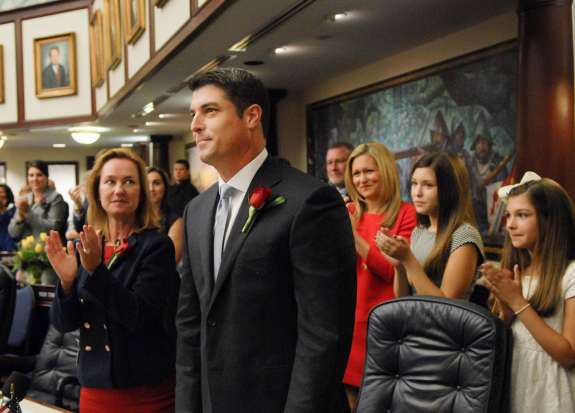 The Florida House today passed a budget that doesn't include an expansion of Medicaid.

The Florida House today passed a $76-billion dollar budget, and notably, the state chamber’s budget did not expand Medicaid. Health care was hotly debated today in the state’s capitol, and 90.7’s Health Reporter Abe Aboraya spoke with All Things Considered Host Crystal Chavez to make sense of it all.

CRYSTAL: Now the expansion of Medicaid has been complicated by another issue: The federal government is ending a $2.2 billion health care fund for the uninsured in Florida. What’s the relationship between that fund and Medicaid?

ABE: Yeah, this is a very complex issue, so I’ll try to be gentle for everyone’s sake. So here’s the basic issue. Medicaid in Florida is almost exclusively for the disabled, the elderly and pregnant women and children. Florida has one of the highest uninsured rates in the country, and when those uninsured people come into the hospital, someone has to cover those costs.

CRYSTAL: Now Abe, isn’t that what the Low Income Pool is for?

ABE: That’s correct. The Low Income Pool is a $2.2 billion fund, distributed mostly to hospitals, to help cover the cost of someone coming into the emergency room without insurance. It’s been around since 2005.

Now the federal government has envisioned a solution to this problem you may have heard of: Obamacare. There’s $51 billion over 10 years ready to be pumped into Florida if the state expands Medicaid above the poverty line.

CRYSTAL: But the U.S. Supreme Court made the Medicaid expansion optional not mandatory in its landmark review.

ABE: Exactly, and since then, Florida has basically told the federal government to go pound sand, we’re not expanding Medicaid. We don’t want your Medicaid money, but please don’t take away our Low Income Pool dollars because that would be a disaster. So as Sen. Bill Nelson said while he was in Tallahassee lobbying for Medicaid expansion, it’s the reckoning time: The federal government doesn’t want to pay for indigent care twice.

CRYSTAL: So why do House Republicans not want to expand Medicaid.

ABE: There was a lot of talk about how Medicaid is a broken system and how the federal government isn’t flexible enough to address Florida’s unique population. Here’s Republican Rep. Neil Combee:

“For us to stand in here and say we’ve got to expand Medicaid, it’s the right thing to do. President Obama just a few years ago said it’s a broken system that doesn’t work. I can’t think of anything that’s happened since then.”

CRYSTAL. How does the Senate budget tackle health care?

ABE: There’s a lot of semantics here, no one wants to say they are expanding Medicaid. Instead, the plan is to pull down the money for Medicaid and give that to Floridians to buy private health insurance. It would have premiums, copays and work requirements, things that Medicaid typically doesn’t have. It’s a model that the federal government has allowed in other states.

ABE: That’s right, there’s a little bit of irony there. There’s less than a month left in the session, so we’ll be watching those negotiations between the House and Senate which will begin mid-April. There’s a lot at stake here, if health care isn’t dealt with, it could raise the rates of health insurance statewide. And keep in mind, an earlier study found that as many as 2,200 Floridians die each year because the state hasn’t expanded Medicaid.