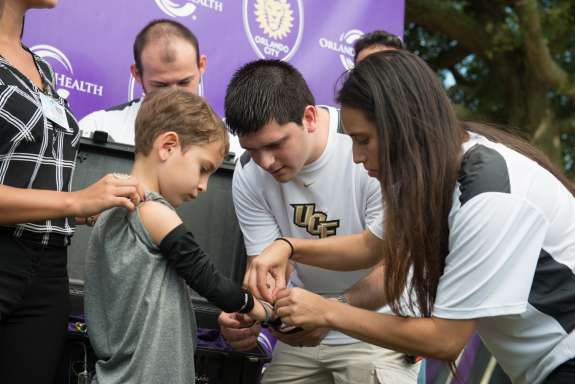 A six-year-old boy from Brazil has a new bionic arm. The arm was made by a group of UCF students.

The students call their group Limbitless Solutions, and they make the arms in their spare time using a 3D printer.
Six-year-old Paulo Costa Boa Nova traveled from Brazil to Orlando with his father to get his arm, and he also got to meet Orlando City Lions player KaKa.

Limbitless Solutions has delivered six arms to kids across the country. A video of actor Robert Downey Jr giving a boy an arm that looks like Iron Man went viral earlier this year.

On Saturday the boy, his father, and the Limbitless Solutions team will be honored during the Lion’s match against the New York Red Bulls.