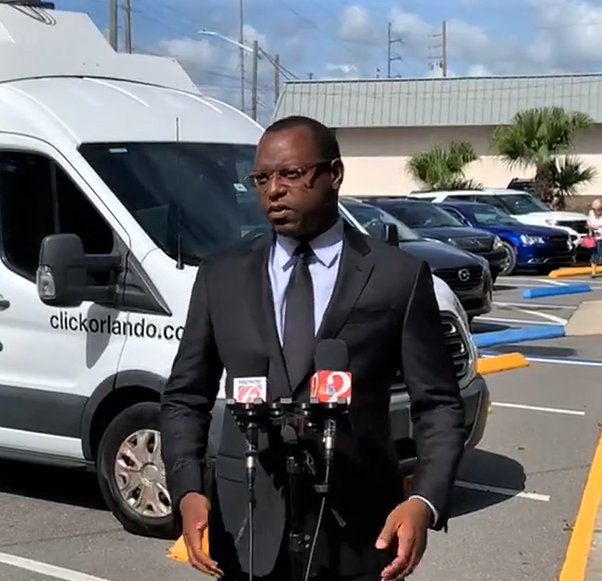 State Sen. Randolph Bracy, D-Ocoee, is urging returning voters not to be scared off by Gov. Ron DeSantis’ announcement that convicted felons are being charged with voting illegally.

The governor announced last week that investigations by his new election police force — the Florida Office of Election Crimes and Security — resulted in the arrest of 20 voters previously convicted of felony sex crime or murder.

Those crimes were excluded under a constitutional amendment restoring voting rights to felons who’ve done their time. Florida law also requires returning voters to pay the fines and fees tied to their convictions.

Bracy — who is running for Congress — said he doesn’t think those cases have the “willful intent” necessary for fraud.

“I think it’s a scary proposition when the governor is arresting people for trying to vote,” he said during a press conference Monday.

He said voters who feel intimidated should contact his office.

“We can help them find out how much they owe and whether they’re eligible to vote,” he said.

In an earlier fraud case, a third resident of The Villages has avoided prosecution for voting twice in the 2020 general election. She has entered a pre-trial intervention program that includes admitting guilt, avoiding new crimes for several months and doing community service.

Charges are pending against a fourth Villager.