Bracy: Bill to require two-thirds vote for constitutional amendments is ‘a spit in the face’ to voters 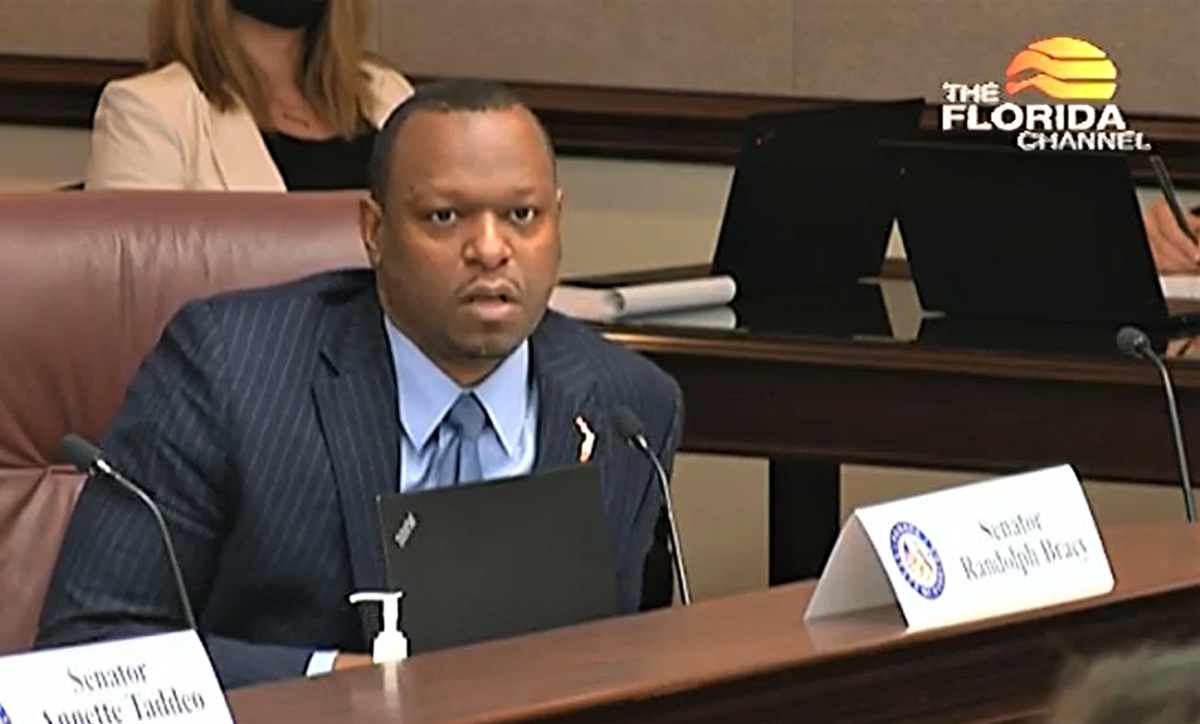 Sen. Randolph Bracy said it's hard to believe the "audacity" of GOP lawmakers for even bringing the measure forward. Image: Florida Channel video

Ocoee Democratic State Sen. Randolph Bracy says a bill requiring a two-thirds majority to amend the state constitution is “a spit in the face” of Florida voters.

Those comments came during debate Tuesday before the Republican majority on the Senate Committee for Ethics and Elections approved the measure.

South Florida Sen. Ana Maria Rodriquez is sponsoring the resolution, SJR 1238, which, if it passes, must itself go before the voters.

She says the constitution is too easily changed and the current 60-percent threshold circumvents lawmakers. This bill preserves the legislative process, she says, “so that we are the ones that make those decisions.”

Opponents say it’s already hard to amend the constitution. And they point to recent winners that fell short of a two-thirds majority, like voting rights for felons and the $15 minimum wage.

Bracy says some lawmakers just don’t like those amendments.

“What happens when something passes with 70 percent of the vote?” he argued. “Are we going to move it to 75 percent? 80 percent? Do we get to the point where 100 percent of the electorate has to vote for a constitutional amendment?”