Both U.S. Women Competing In The Olympic 400 Meter Final Are Moms 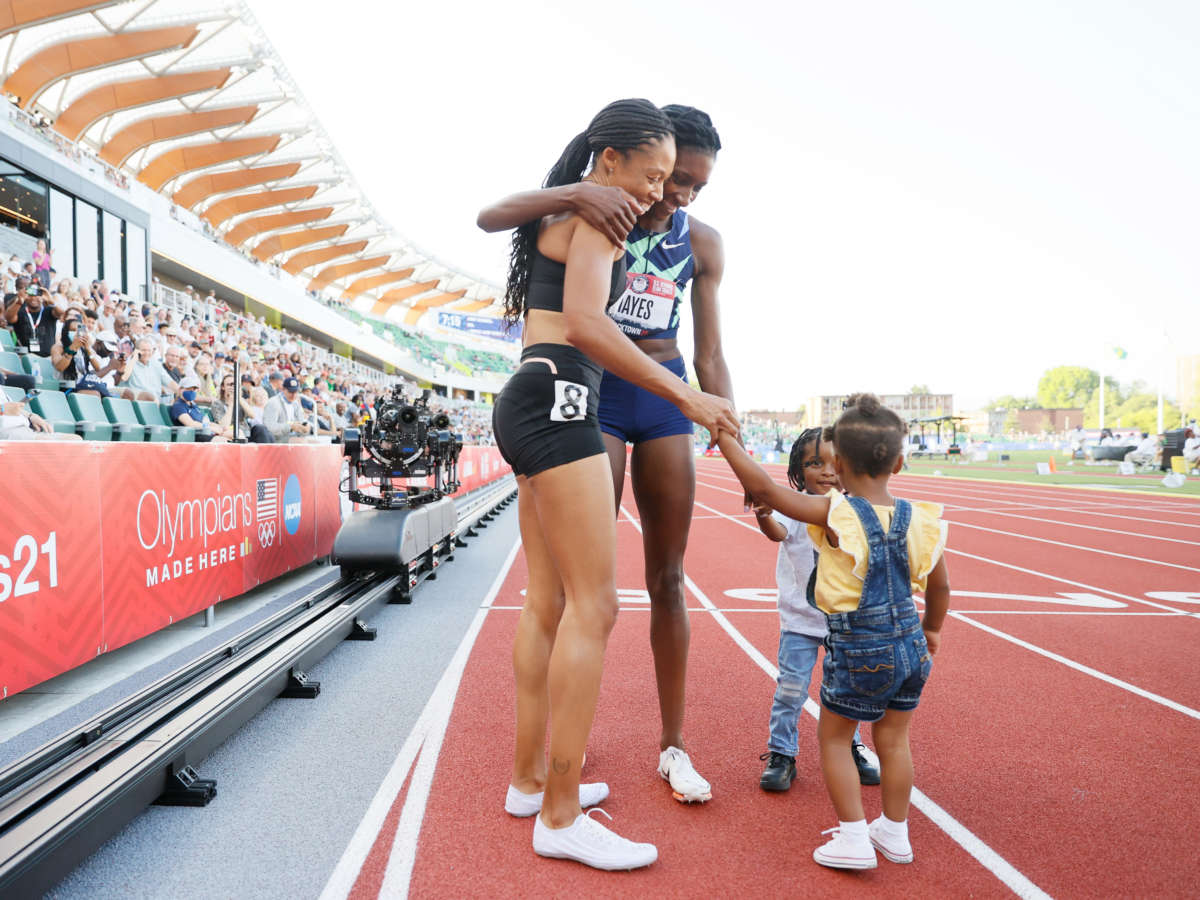 TOKYO – At the Tokyo Olympics, more elite athletes than ever are speaking out about the need for more support for mothers. When the starting pistol goes off at the Olympic Stadium for the women’s 400 meter final on Friday, two mothers will be on the starting line – Allyson Felix and Quanera Hayes.

Felix, 35, is competing in her fifth Olympics, and Hayes is making her Olympic debut in Tokyo. Both gave birth in 2018. And both have highlighted the joys of motherhood, and the obstacles that female athletes face that men don’t.

Allyson Felix very publicly broke with her sponsor, Nike, saying it wasn’t supportive enough of its athletes who wanted to become mothers.

“If we have children, we risk pay cuts from our sponsors during pregnancy and afterward,” she said in a 2019 op-ed in The New York Times. “It’s one example of a sports industry where the rules are still mostly made for and by men.”

Felix has teamed up with her new sponsor, Athleta, to launch a $200,000 fund for athletes to support paying for child care.

Hayes has spoken about her journey back into competition after giving birth to her son. “He’s my everything,” Hayes told HBCUGameday after Olympic Trials. “I have so much pride and so much joy knowing that I have bounced back from giving birth to him and letting him, having him see me come out here and not give up and continue to fight for what God has blessed me to do.”

She’s said she’s inspired by Felix. “I just told her that I was grateful for all she’s done for mothers,” Hayes told The Register-Guard in June. “How she fought for us and paved the way for me as an athlete.”