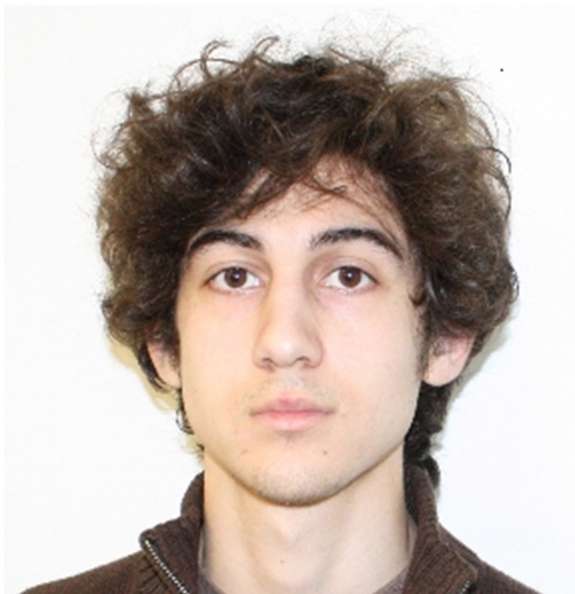 A jury in Boston has found 21-year-old Dzhokhar Tsarnaev guilty on all counts related to the 2013 bombings of the Boston Marathon. The twin bombings, carried out with his older brother, Tamerlan, killed three people and left 264 others wounded.

The jury convicted Tsarnaev on all charges, ranging from carjacking to using a weapon of mass destruction resulting in death. Seventeen of the 30 counts can carry the death penalty.

Next will comes the sentencing phase. WBUR, which is live tweeting, reports that won’t begin until next week.

NPR member station WBUR, which is live-tweeting the verdict, reports that as the verdict was read, Tsarnaev kept his head down, apparently “reading the verdict sheet.” Occasionally, WBUR reports, Tsarnaev would look up, but he had “no expression.”

During the trial, prosecutors argued that Tsarnaev was cold and calculating.

“There was nothing about this day that was a twist of fate,” Assistant U.S. Attorney Aloke Chakravarty told the jurors during closing arguments. “This was a cold, calculated terrorist act. This was intentional. It was bloodthirsty. It was to make a point. It was to tell America that ‘We will not be terrorized by you anymore. We will terrorize you.'”

Tsarnaev’s defense attorneys never denied that Tsarnaev participated in the bombings, but they argued that he was under the strong influence of his brother.

If you remember, the 2013 Boston Marathon was rocked by two explosions, as the last wave of runners were making their way across the finish line. The blasts killed three spectators, maimed dozens of others, and unleashed a massive manhunt that shutdown most of the Boston metropolitan area.

Tsarnaev’s brother, Tamerlan, died following a gunfight with police and Tsarnaev was eventually found badly injured hiding in a boat behind a home in Watertown, Mass.

The jury reached its verdict after deliberating for a little more than a day.

We’re halfway through the charges and so far jury has returned a guilty verdict on all 15. As NPR’s Tovia Smith reports, “In a nutshell: Tsarnaev faces the death penalty. A whole new trial on sentencing begins after this.”

WBUR has a rundown of the 30 charges the jury has made a decision on. Counts one through 10 are punishable by the death penalty, so as the verdict comes down, keep that in mind.