Bombing Near Kabul School Kills At Least 50, Many Of Them Girls 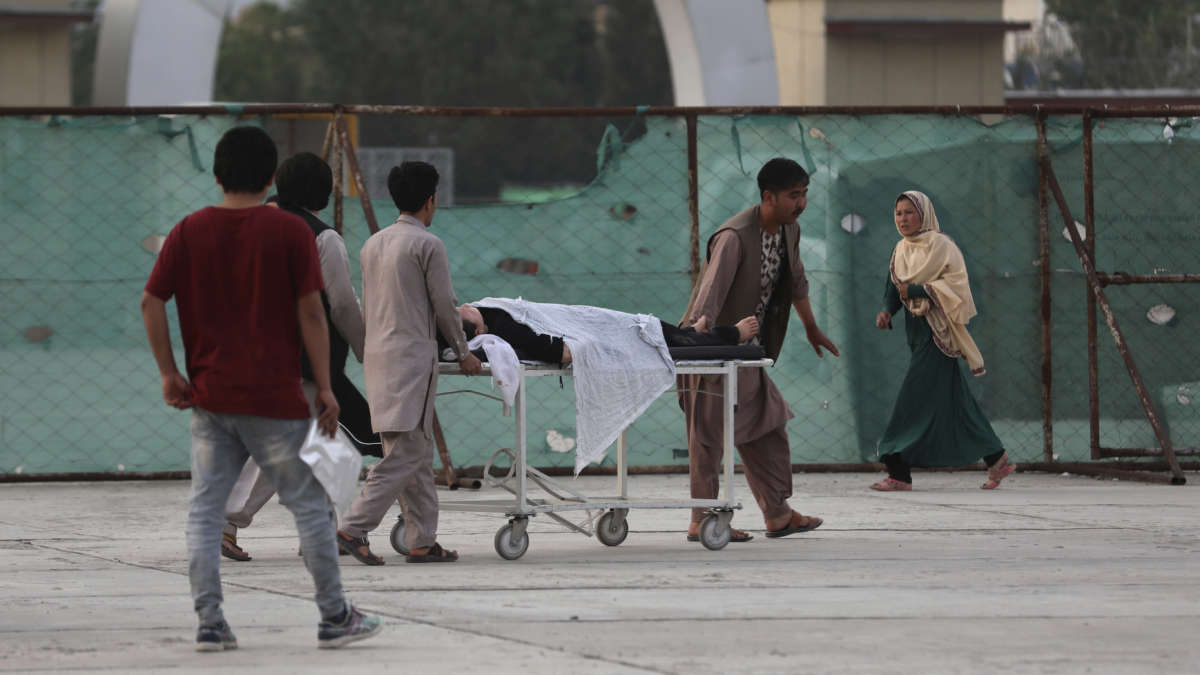 An injured school student is transported to a hospital after a bomb explosion near a school in Kabul, Afghanistan, on Saturday.
Image credit: Rahmat Gul

A bombing near a school in Kabul on Saturday killed at least 50 people, many of them young students.

At least 100 people were wounded in the attack, according to Interior Ministry spokesman Tariq Arian, the Associated Press reports. He told the AP that casualties could continue to rise.

No group has claimed responsibility for the attack.

Afghan President Ashraf Ghani blamed the Taliban, but a Taliban spokesperson condemned the attack and denied responsibility. Islamic State militants have also carried out attacks in the area in the past.

Female students may have been targeted. The Sayed Ul-Shuhada high school teaches boys and girls, but not together. Girls attend classes in the afternoon when the explosion occurred.

It happened in the Kabul district of Dasht-e-Barchi, where gunmen killed 16 people in a hospital maternity ward one year ago. Among the victims were newborns, their mothers and the nurses who had been supporting them.

It comes as the U.S. and NATO have begun removing all their remaining troops from Afghanistan. President Biden says he is aiming to complete the drawdown by Sept. 11, marking the end a 20-year war.

U.S. intelligence agencies have warned that “the Taliban is likely to make gains on the battlefield, and the Afghan government will struggle to hold the Taliban at bay if the coalition withdraws support.”

Deadly attacks in Afghanistan have increased in recent days.

The New York Times reports that for the week ending May 6, “at least 140 pro-government forces and 44 civilians were killed in Afghanistan … the highest death toll in a single week since October.”

When Biden announced the drawdown last month, he pledged the U.S. will “keep providing assistance” to Afghan security forces, and reorganize U.S. counterterrorism forces “over the horizon,” to prevent Afghanistan from again becoming a safe haven for terrorists planning attacks against the U.S.

Former President Donald Trump had pledged a full withdrawal of U.S. troops by May 1, a deadline Biden had said would be tough to meet.

The Taliban opposes most education for women and girls.

Ross Wilson, the U.S. chargé d’affaires in Kabul, called the attack on the school “abhorrent.”

“This unforgivable attack on children is an assault on Afghanistan’s future, which cannot stand,” he wrote.