Bomb Threats Made Against Jewish Community Centers In 11 States 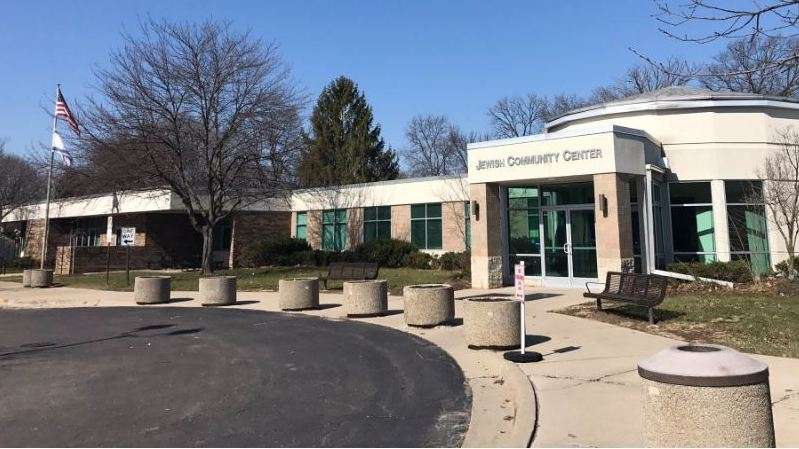 “Today, bomb threats were called into schools and/or JCCs in Alabama, Delaware, Florida, Indiana, Maryland, Michigan, New Jersey, New York, North Carolina, Pennsylvania and Virginia,” the JCC Association of North America says. “Many affected institutions have already been declared clear and have returned to regular operations. All previous bomb threats to JCCs this year were determined to be hoaxes.”

In Ann Arbor, police are working with the FBI after receiving an “unusually specific” threat about a bomb in a backpack, Michigan Radio’s Kate Wells reports. After detection dogs were brought in, police allowed students to return to school — but Wells calls the scene “surreal,” with news crews and police still hovering around the school.

“My instincts tell me this is all part of a coordinated effort,” an Ann Arbor police detective tells Wells, saying that there have been at least two bomb threats against the Ann Arbor Jewish Community Center.

The Anti-Defamation League says there have been reports of bomb threats at a wide range of locations in and around New York, including “three in Staten Island, one in New Jersey, one on Long Island, one in Westchester.”

The ADL confirms threats were made Monday against a Jewish day school in Miami, a JCC in Asheville, N.C., and the upper school of Charles E. Smith Jewish Day School in Rockville, Md. It also says there are unconfirmed reports of a threat in Birmingham, Ala.

The threats come after a weekend in which vandals damaged approximately 100 headstones at a Jewish cemetery in Philadelphia — an act that came less than a week after a similar attack on a Jewish cemetery near St. Louis, where more than 150 graves were targeted.

Since the start of 2017, dozens of bomb threats have been made against Jewish community centers; this is at least the fifth wave of threats in the past two months.

President Trump, who had been criticized for not vigorously responding to earlier threats against Jewish community centers, took on the issue more directly last Tuesday, saying the threats “are horrible and are painful, and a very sad reminder of the work that still must be done to root out hate and prejudice and evil.”

As news of Monday’s wave of threats spread, David Posner, director of strategic performance at the JCC Association of North America, issued a statement that reads, in part:

“Anti-Semitism of this nature should not and must not be allowed to endure in our communities. The Justice Department, Homeland Security, the FBI, and the White House, alongside Congress and local officials, must speak out — and speak out forcefully — against this scourge of anti-Semitism impacting communities across the country.”