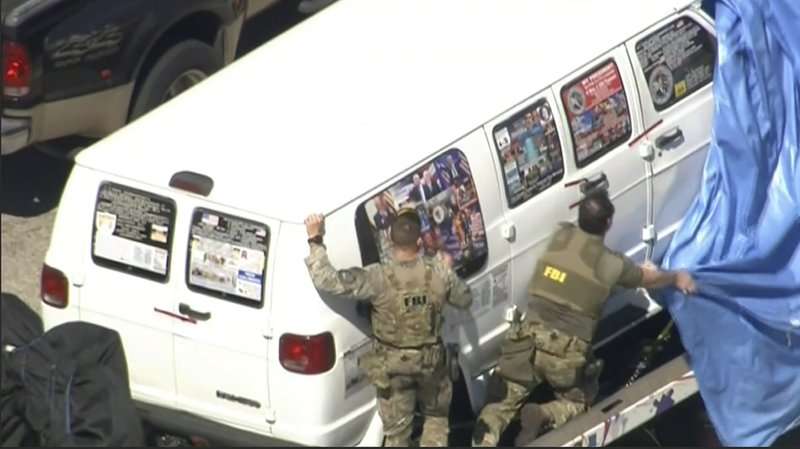 FBI agents cover a van after the tarp fell off as it was transported from Plantation, Fla., on Friday, that federal agents and police officers have been examining in connection with package bombs.

On Friday’s Florida Roundup we led with breaking news as authorities arrested a man in connection with the wave of suspicious packages sent this week to political critics of President Donald Trump.

Cesar Altieri Sayoc, 56, was arrested in South Florida as we were going on the air. David O’Valle of The Miami Herald joined us with the details.

At least one of the packages passed through a large U.S. mail sorting facility in Opa-locka, Fla., near Miami.

The Miami Herald, citing a federal law enforcement official familiar with the investigation, reported that the package sent from the facility is likely the one that ended up on Wednesday at the South Florida office of U.S. Rep. Debbie Wasserman Schultz.

Twelve amendments are on the November 6 ballot. We centered in on two of them that deal with gambling and greyhound racing. Among the questions we explored: how should the state regulate them, or perhaps even phase them out?

Our guest for the discussion was Arek Sarkissian of POLITICO Florida.