Boeing’s Starliner “Paused” After Issue At International Space Station. Here’s What You Need To Know About The Mission: 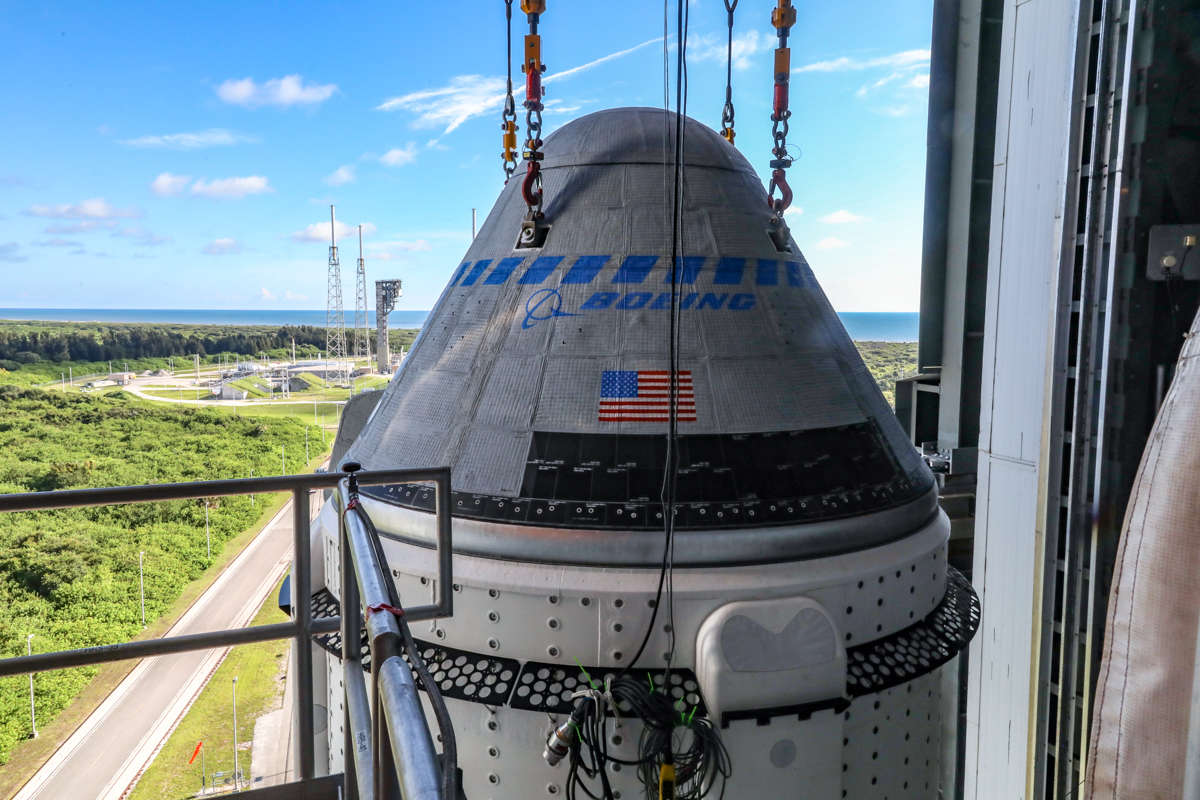 Launch “Paused” after erroneous firing of thrusters on station.

Boeing says the planned launch Friday of Starliner is not “paused” after an issue with a newly arrived module at the station knocked the ISS out of orientation.

The recently arrived Russian science module Nauka began firing its thrusters erroneously while attached to the station, causing the ISS to move out of its intended orientation. Ground controllers were able to stop the thrusters and get the space station on it’s correct course and stabilize it.

NASA said the crew is safe.

Boeing is set to launch its Starliner spacecraft on a mission to the International Space Station and back, a critical test mission to certify the vehicle to fly astronauts on future missions.

This mission, called Orbital Flight Test 2 (OFT-2), is a redo of a December 2019 mission that failed to reach the station. A joint review by NASA and Boeing found software and communication issues were to blame. An internal clock on the vehicle was incorrect, causing the spacecraft to fire its engines incorrectly and waste precious fuel. The company says it has resolved those issues and NASA, after two critical mission reviews over the past few days, gave Boeing the GO for launch.

Once launched, it will take about 24 hours for the vehicle to arrive at the ISS. Starliner will spend a few days docked to the station before returning back to Earth, landing in New Mexico.

All eyes are on the afternoon weather.

Mission managers are keeping a watchful eye on the weather. The Space Force’s 45th Space Wing forecasts only a 40 percent chance of favorable weather for the launch, with clouds and lightening the primary concern for launch day.

“There’s a lot of moisture that’s going to be around Friday and the winds will be from the southwest to the northeast, so that tends to focus a lot of the afternoon thunderstorms along the East Coast near the launch site,” said FPREN meteorologist Ray Hawthorne. “Conditions are not favoring a launch at this point. It’s still possible but there’s a good chance of thunderstorms in the forecast.”

Still, teams moved forward with the uncrewed test flight of Starliner, designed to carry astronauts to the International Space Station and back for NASA’s Commercial Crew Program. On Thursday, ULA began moving the Atlas V rocket with Starliner to Space Launch Complex-41.

If weather or other hardware issues delay the flight, Boeing has backup launch windows next week on August 3 and 4.

An uncrewed mission with one passenger.

This mission is an uncrewed test mission, so there will be no humans on board. Instead the Starliner will carry an anthropometric test device, or a dummy, on board named Rosie the Rocketeer.

🚀 Rosie the Rocketeer is buckled in for the upcoming Starliner launch!

During the previous mission, engineers attached various sensors to Rosie to measure the forces future human astronauts will feel during launch and landing. Boeing said it collected enough data on the previous mission, so she won’t carry any on OFT-2. “Her job is to largely enjoy the ride,” said Boeing’s Chris Ferguson.

All the data from this mission will go to NASA as it certifies the vehicle for human flight. If all goes well, Boeing will launch a crew flight test as early as later this year. NASA astronauts Barry Wilmore, Michael Fincke and Nicole Aunapu Mann are slated to fly on the vehicle’s maiden flight carrying humans.

How to watch Starliner take flight.

Coverage of the mission can be found on NASA, about an hour before the scheduled launch on NASA TV  and continue through the vehicle’s orbital insertion.

Visit Space Coast says many launch viewing locations along the Space Coast are open for visitors, but Parking on the sides of highways and on causeways is extremely dangerous and strictly prohibited.

The Kennedy Space Center Visitor’s Complex is offering viewing opportunities with the cost of admission and additional fees.