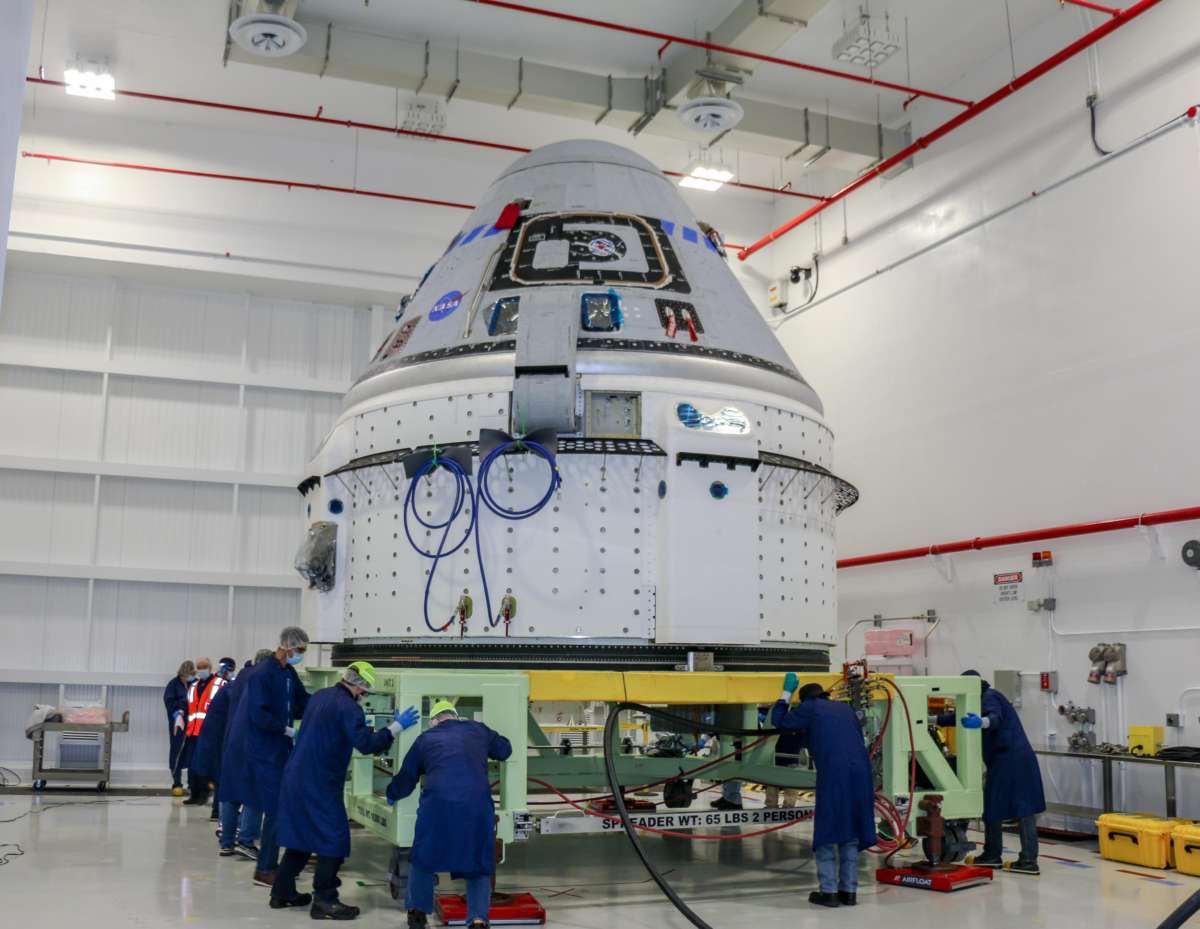 Boeing says fueling of its astronaut capsule Starliner has begun, ahead of a planned uncrewed launch next month. The first uncrewed launch of Starliner failed to reach the International Space Station back in 2019, prompting Boeing to refly the mission.

After a joint investigation by Boeing and NASA, the private aerospace company says it has closed out all of NASA’s action items and is progressing towards a July 30th launch. Software issues were to blame for the failed mission, which safely landed at White Sands in New Mexico after two days in space.

Teams at the Starliner production factory at Kennedy Space Center began fueling the capsule and the service module. United Launch Alliance started stacking the Atlas V rocket at Cape Canaveral that will launch the vehicle.

If all goes well during this mission, Boeing will launch NASA astronauts Barry “Butch” Wilmore, Nicole Mann and Mike Fincke to the ISS, possibly by the end of this year.

Boeing is reusing the Starliner spacecraft that failed to reach the station back in 2019 to launch the crewed mission. The Atlas V that will launch the mission is set to arrive at Florida’s Space Coast next week.