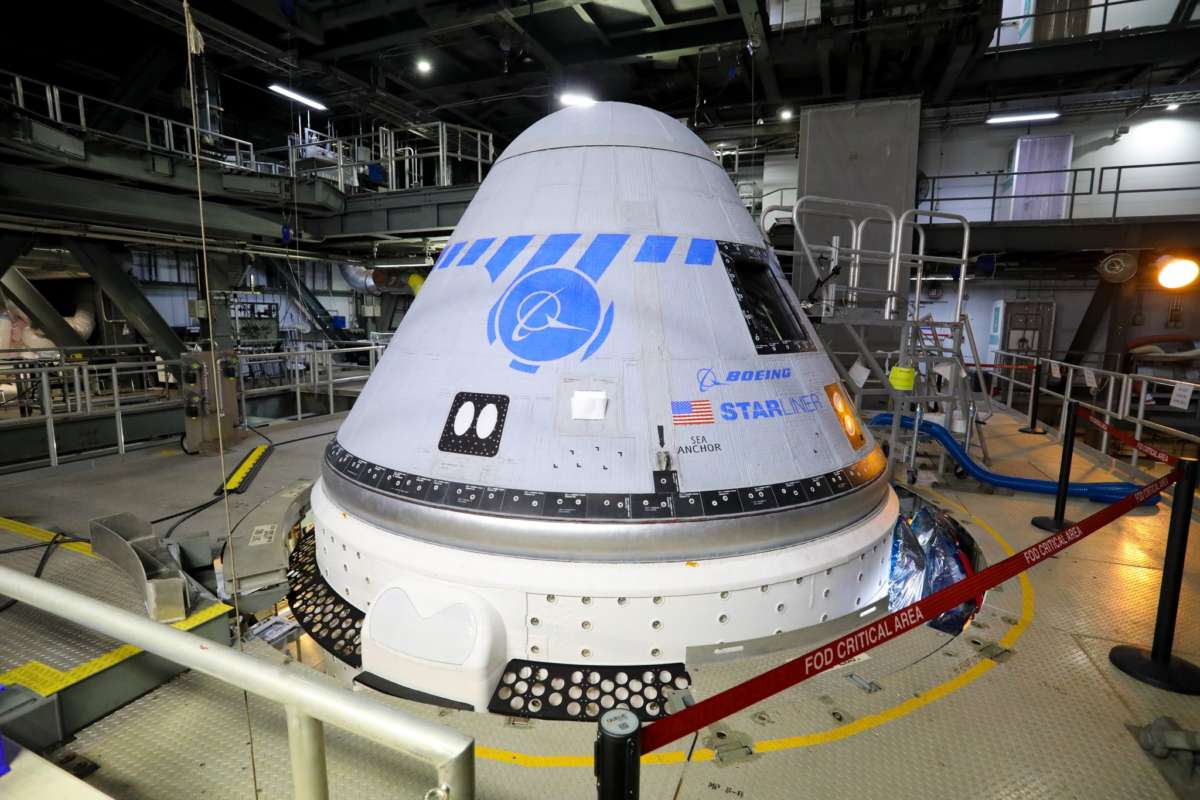 Boeing’s Starliner capsule is leaving the launchpad and returning to its factory at Kennedy Space Center. Engineers continue troubleshooting an issue with the vehicle’s propulsion system that delayed a launch attempt earlier this month.

A preflight check of the spacecraft designed to take astronauts to the International Space Station found valves on the propulsion system wouldn’t open, prompting the delay.

“Mission success in human spaceflight depends on thousands of factors coming together at the right time,” said John Vollmer, vice president and program manager, Boeing’s Commercial Crew Program. “We’ll continue to work the issue from the Starliner factory and have decided to stand down for this launch window to make way for other national priority missions.”

Boeing is unstacking the spacecraft from the United Launch Alliance Atlas V rocket that was slated to launch Starliner and moving the vehicle to the company’s Commercial Crew and Cargo Processing Facility (C3PF) at the Kennedy Space Center.

So far, Boeing has unstuck nine of 13 valves on the spacecraft that delayed a launch attempt. Work continues to free the valves ahead of the next launch attempt which NASA said will likely not happen this month.

“It’s too early to say whether it’s this year or not,” said Vollmer. “At this point I think that would be too much to speculate.”

A NASA mission heading to the trojan asteroids will now take priority at the launch pad. NASA aid any attempt to fly Starliner will happen after NASA’s Lucy mission launches, with a launch widow opening October 16 and extending through early November.

At a briefing Friday, Boeing said there are a total of 64 of these valves on the vehicle, so seeing 13 total valves not working is “significant.” Vollmer said the most likely cause is oxidizer leaking through the seals, causing corrosion. It’s unclear how much a fix will cost Boeing.

The mission called Orbital Flight Test 2 is a redo of a flight from late 2019 that failed to reach the station. It’s a critical uncrewed test of the Starliner vehicle before NASA certifies the spacecraft to carry NASA astronauts on missions to the space station and back.

Boeing, along with SpaceX, received a combined $6 billion to ferry astronauts to the space station for NASA’s Commercial Crew Program.