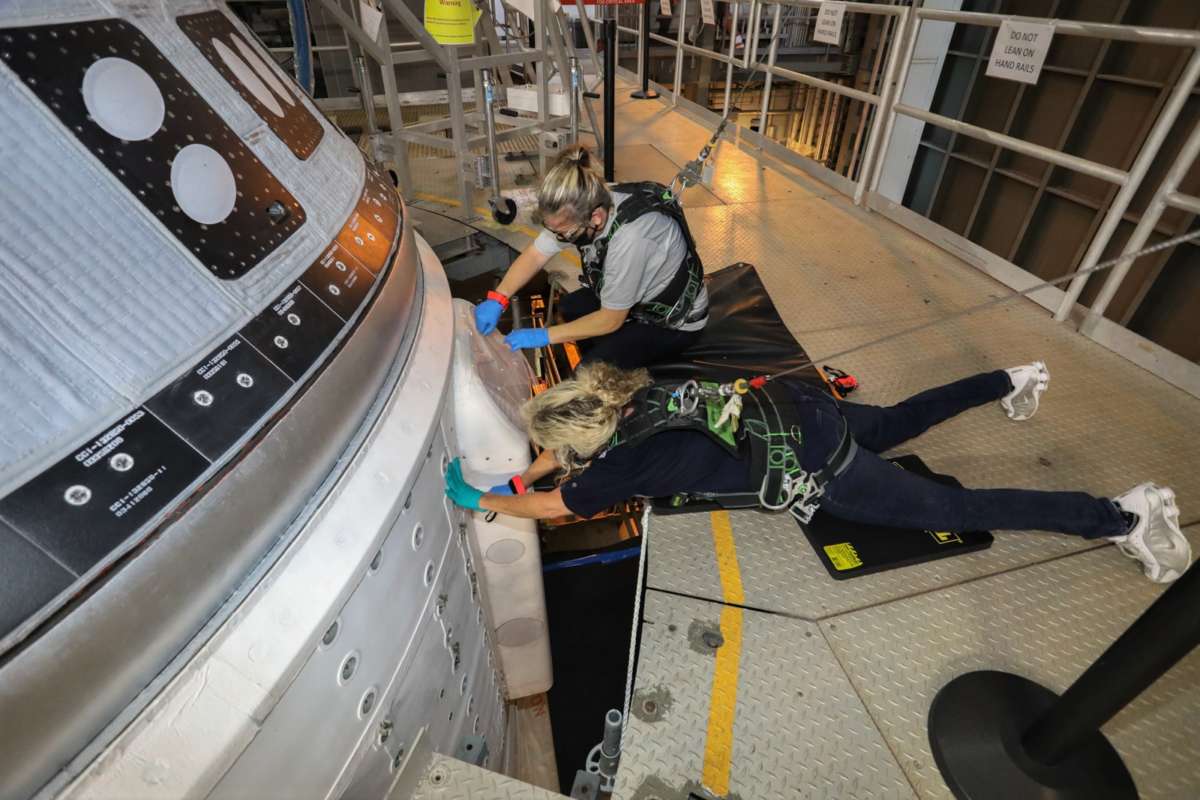 Starliner teams continue to work on a valve issue on the spacecraft that delayed a launch attempt last week. Photo: Boeing Space

Boeing engineers continue to troubleshoot an issue with its Starliner’s propulsion system that delayed an uncrewed launch of the space capsule last week.

Stuck valves caused a delay last week of a critical flight test of Starliner, which is designed to ferry astronatuts to the International Space Station and back.

Boeing says engineers worked through the weekend and unstuck 7 of the 13 closed valves on the spacecraft. Troubleshooting continues at Launch Complex 41, where Starliner is still attached to its rocket.

“Cautiously optimistic is a good way to describe how the team is feeling,” said John Vollmer, Starliner vice president and program manager. “They’re coming forward with innovative ideas and prioritizing the safety of the spacecraft and their teammates.”

The plan moving forward is to open the rest of the valves, test the system and identify what caused the issue in the first place. Then Boeing will work with NASA and United Launch Alliance to schedule a new launch date.

The mission, which is carrying no crew, is a critical flight test of the vehicle before NASA certifies Starlienr to carry astronauts. A previous mission back in 2019 failed to reach the station, prompting Boeing to redo the test.