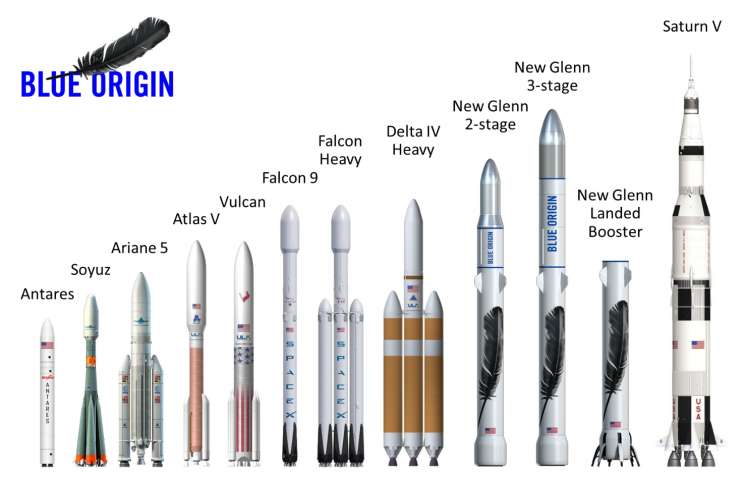 Private space company Blue Origin released details of a new rocket, called New Glenn, that will tower over the competition from SpaceX. The rocket is named in honor of astronaut John Glenn.

The rocket will stand at 313 feet tall, just a hair smaller than the moon-bound Apollo Saturn V, but much larger than the SpaceX Falcon 9. Much like SpaceX’s Falcon 9 rocket, the Blue Origin orbital rocket will be reusable.

Founder Jeff Bezos says the New Glenn rocket will provide almost 4 million pounds of thrust from 7 BE-4 engines. The private space company is developing these engines for its own use but also hopes to sell them to another private operator, United Launch Alliance.

Blue Origin is currently testing a suborbital rocket, the New Shepard, that’s able to get just to the edge of space — about 60 miles up. It plans to use this rocket for space tourism.

The announcement ramps up the so-called New Space race with commercial operators trying to lower the cost of access to space.

Bezos and Blue Origin will build the New Glenn rocket at a manufacturing facility just south of Kennedy Space Center. Bezos plans to launch the rocket from Cape Canaveral by the end of the decade.