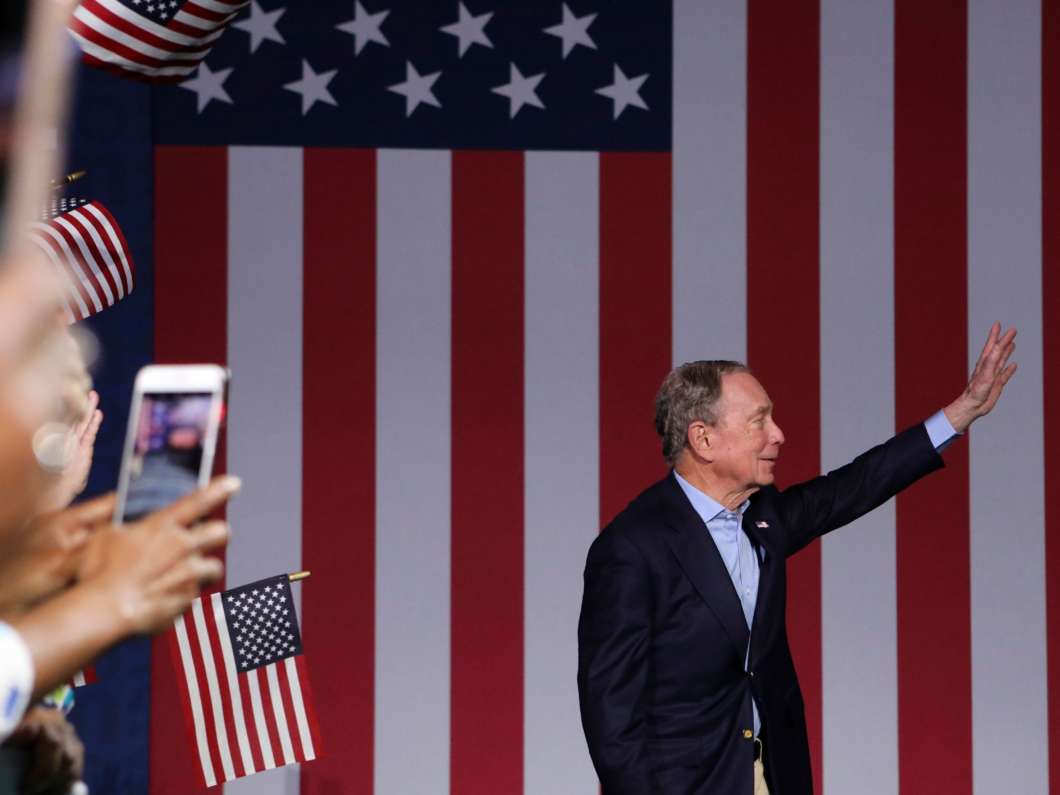 “No matter how many delegates we win tonight, we have done something no one thought was possible,” he told cheering supporters gathered at the convention center in West Palm Beach, Fla. “In just three months, we’ve gone from 1% in the polls to being a contender for the Democratic nomination for president.”

Behind the scenes, his campaign is assessing how much longer he will stay in the race after he failed to win any of the 14 Super Tuesday states.

Bloomberg campaign manager Kevin Sheekey was sending signals that the end could be near. He told reporters the campaign would reassess the next steps, heaped praise on former Vice President Joe Biden and downplayed Bloomberg’s commitment, made earlier in the day, to a contested convention this summer.

“I don’t happen to think Democrats will have a contested convention,” Sheekey said. “I heard him, and that may be true, it may not.”

In comments sure to stoke further speculation that Bloomberg would endorse Biden, Sheekey praised the former vice president as “one of the most decent public servants I’ve ever met.”

Bloomberg returned to New York on Tuesday evening. For now, Bloomberg is scheduled to campaign in Michigan on Thursday ahead of the state’s March 10 primary.

Sheekey made clear that Bloomberg’s pledge to spend more of his fortune to elect a Democrat stands, noting that if Bloomberg did not become the nominee, he would become “the most important person to whomever that candidate will be.”

That commitment also holds if the nominee is Vermont Sen. Bernie Sanders, Sheekey said. “They agree on something that’s really important, which is this president has to be removed from office,” he said.

Bloomberg spent more than $500 million in just 100 days on his own campaign. With a fortune estimated around $60 billion, he could do it again for someone else without breaking a financial sweat, helping state parties and supporting efforts to identify and turn out voters in November. Bloomberg’s campaign has more than 2,000 people on staff who could transition to help the nominee, under Bloomberg’s direction.

The ability for one billionaire to inject that much money into the political system is something the Democratic Party opposes. But the quest to defeat President Trump has quieted protests within the ranks. Bloomberg’s continued involvement stands to benefit Democrats down the ballot as well. He spent heavily on House races in 2018 and takes credit for helping flip the House to a Democratic majority.

Asked about Bloomberg’s spending last month, House Speaker Nancy Pelosi was encouraging. “As far as Michael Bloomberg is concerned, I think that his involvement in this campaign will be a positive one,” she told reporters.