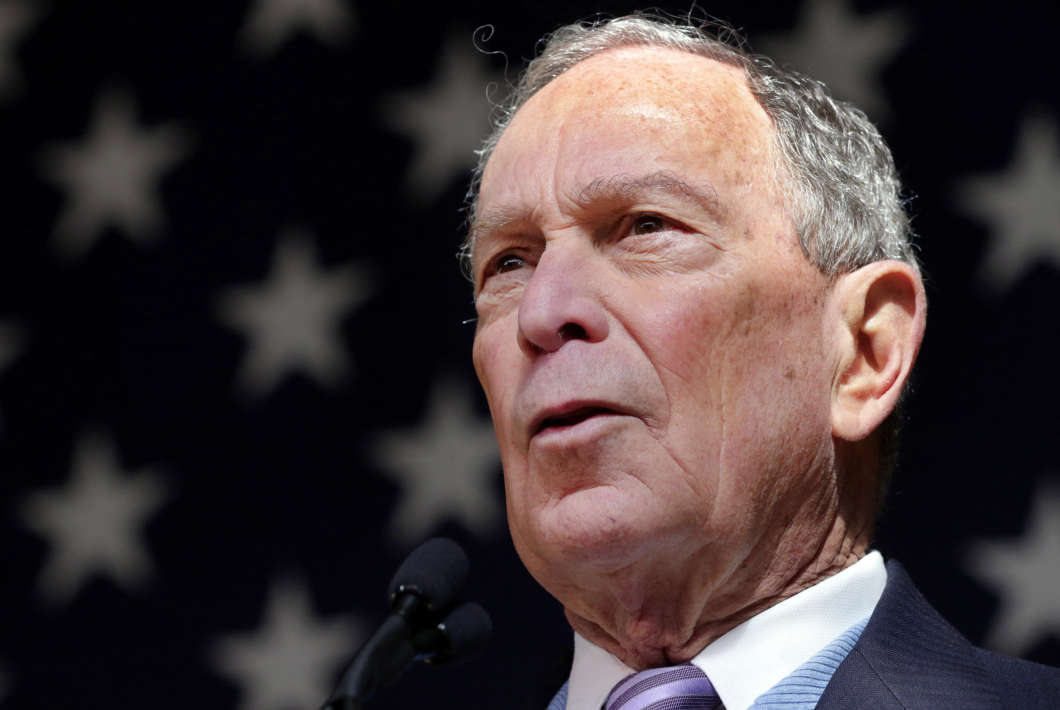 The billionaire philanthropist and businessman has run the most expensive self-funded campaign ever, crossing the $500 million mark in ad spending alone in the days before Tuesday’s contests. “You’ve all heard the slogans, ‘Mike will do it,’ ‘Mike will get it done.’ And if you haven’t, I’ve wasted an awful lot of money,” he quipped at a campaign stop in Tennessee over the weekend.

But he also signaled in an interview on FOX News on Monday, that even if he doesn’t win in upcoming primaries he has another path to the nomination – a contested convention.

“The most likely scenario for the Democratic Party is that nobody has a majority — it goes to a convention where there’s horse trading and everybody decides to compromise,” Bloomberg said. He added “it doesn’t even have to be the leading candidate; it could be the one with a smaller number of delegates.” He said the rules say you can “swap votes and make deals.”

Bloomberg entered the race — exactly 100 days before Super Tuesday — at a moment of Democratic anxiety about the field and former Vice President Joe Biden’s performance. Bloomberg announced his bid as “a new choice for Democrats,” with a focus on competing within the moderate wing of the party. However, on the eve of Tuesday’s primaries, Biden is in a radically different position coming out of South Carolina, with a decisive victory over Vermont Sen. Bernie Sanders and with more enthusiasm and endorsements going into Tuesday.

Bloomberg’s decision to forgo the early states and run a national campaign to win the nomination has never worked before, but no one has ever tried to do it with Bloomberg’s resources, either.

“Mike Bloomberg has not been on the ballot yet,” campaign manager Kevin Sheekey said in a statement, noting that Bloomberg is the only candidate to campaign in all 14 Super Tuesday states. “Mike’s record of successfully leading and managing through crises and challenges is exactly what Americans are looking for in a new president.”

What scant polling exists in Super Tuesday states suggests otherwise. The latest NBC poll, out Sunday, had Bloomberg lagging in third place behind Sanders and Biden in Texas and North Carolina. Biden’s nearly 30-point win over Sanders in South Carolina, however, proved that polling can be wildly off in a race where so many voters are making up their minds at the last minute.

While Bloomberg has campaigned in all 14 Super Tuesday states, he’s particularly focused on states rarely visited by Democrats in primary fights: Arkansas, Oklahoma and Tennessee, as well as Texas and North Carolina because of their more centrist lean. Bloomberg made stops in all of those states in the days before Tuesday’s contests.

He has promised to build a broad coalition of Democrats, Republicans and independents — all political affiliations he has shared at some point in his life. Christy Dunbar, a chief financial officer for a small business and a lifelong Republican who voted for Donald Trump in 2016, attended Bloomberg’s rally in Blountville, Tenn., last Friday. “I’ve crossed party lines to vote for my first Democrat for president,” she told NPR. Dunbar said Bloomberg was the only Democrat she would vote for in November. “I do not want to vote for Bernie, sorry. I’m not socialistic.”

Bloomberg victories in any number of Super Tuesday states would almost certainly keep him in the race and scramble the math for clinching the Democratic nomination. One sign of confidence: He plans to spend Tuesday campaigning in Florida ahead of the state’s March 17 contest. However, failure to win a single state — for a campaign that staked it all on Super Tuesday — would likely leave Bloomberg with no viable path to the nomination and calls for him to drop out of the race.

“I’m in it to win it,” Bloomberg said Monday at a campaign stop in Northern Virginia.

He also tweeted that he plans to campaign this week in Michigan, Pennsylvania and Florida — key swing states holding primaries in March and April.

Regardless, Bloomberg’s role in 2020 is expected to continue. He has pledged to continue to spend money to elect whoever is the nominee — even if it is Sanders. That promise has engendered a lot of goodwill from the Democratic voters who have shown up at his rallies. “The last election, that wasn’t done. Hillary was out there by herself,” said Dominique Frost, a business consultant who is a first time candidate for local office from Memphis, Tenn. “So for him to say that — that he would keep all of his headquarters operating and he would support whatever Democrat wins in the primary — I think that says a lot about him.”