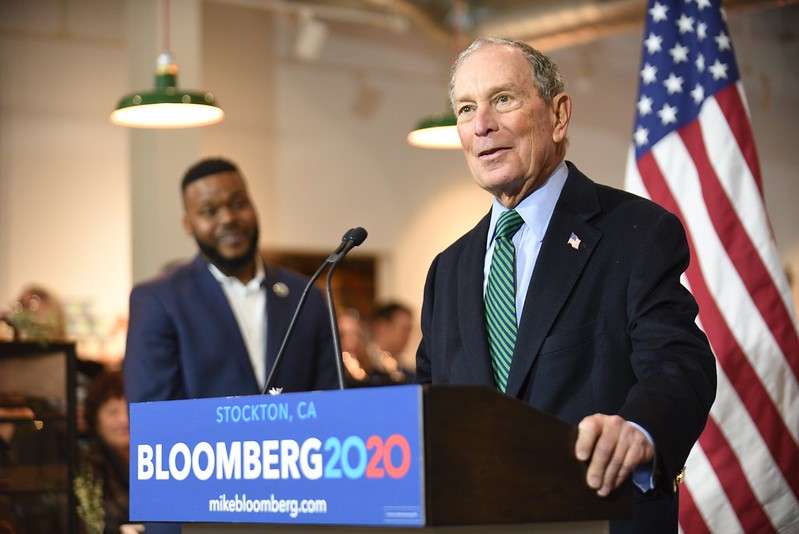 Mike Bloomberg addresses the crowd in California-he did not attend the event in Orlando. Photo: Flickr Creative Commons

Mike Bloomberg’s presidential campaign was in Orlando on Monday. The campaign held a rally aimed at gun violence.

Among the speakers were Calandrian Simpson Kemp and George Kemp, who had lost their son in a shooting. Calandrian was featured in a campaign ad that aired during the Super Bowl.

The rally drew a handful of Bloomberg supporters and campaign volunteers.

Orlando resident Maureen Johanson of Moms Demand Action was part of the crowd.

“To see that kids have to do these gun drills. They have nightmares about school, they don’t feel safe. That’s wrong.”

She said she liked what she heard about red flag laws, background checks, and an assault weapons ban.

“Growing up through the sixties, I remember Martin Luther King getting shot, John Kennedy and then his brother Robert Kennedy. I’ve known so many people that have been hurt and killed by these things. It’s not right.”

The Democratic presidential candidate was campaigning in California.