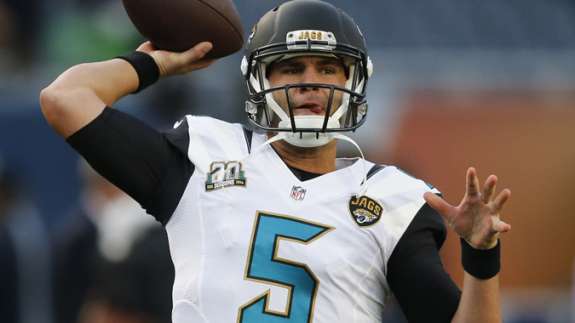 Despite a 20 – 19 loss to the Chicago Bears, third-overall pick Blake Bortles impressed on Thursday night.

The rookie QB took over for veteran Chad Henne in the second-half. He completed 12 of 17 passes for 130 yards and a touchdown with no turnovers.

Bortles performance followed another strong showing in week one against Tampa. The Jaguars staff announced he will be on the bench during the regular season with Henne as starting quarterback.

In his final season with UCF Bortles helped propel the Knights to a Fiesta Bowl win.

Meanwhile Peter DiNovo, a freshman from Tarpon Springs, has been named as UCF’s starting quarterback.